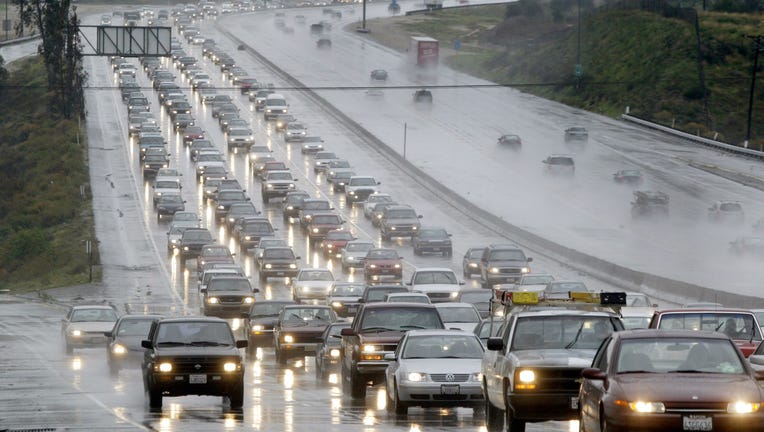 LOS ANGELES - Rainy weather is expected in the Southland between Monday and Wednesday as a result of a Pacific storm, according to the National Weather Service.

Between 1 and three inches of rain are expected because of the storm, but 4.5 inches could fall in the San Gabriel mountains, it said.

There could also be scattered thunderstorms across coastal waters Monday through Tuesday night, forecasters said, adding that strong gusty winds and rough seas will accompany the storm Tuesday.

Offshore, hazardous sea conditions will prevail, said the NWS in issuing a small craft advisory that will be in effect until 6 p.m. Tuesday. Inexperienced mariners piloting small vessels are urged to stay out of the water.

The NWS forecast mostly cloudy skies in L.A. County Monday and highs of 54 degrees on Mount Wilson; 66 in Palmdale and Avalon; 67 in Lancaster and Saugus; 70 in Burbank and at LAX; 71 in Long Beach; 72 in Pasadena, San Gabriel and Woodland Hills; and 73 in Downtown L.A. Roughly the same temperatures will prevail amid rain Tuesday, Wednesday and Thursday.

Partly cloudy skies were forecast in Orange County Monday along with highs of 51 on Santiago Peak; 61 on Ortega Highway at 2,600 feet; 64 in Laguna Beach; 65 in San Clemente; 66 in Newport Beach and Fremont Canyon; 68 in Trabuco Canyon; 69 in Mission Viejo; 70 in Yorba Linda; and 72 in Fullerton, Anaheim and Irvine. Roughly the same temperatures will prevail amid showers through Thursday.