The 3-month-old puppy was euthanized earlier this month at the Baldwin Park Animal Care Center.

LOS ANGELES - The Los Angeles County Board of Supervisors ordered an investigation into the accidental euthanasia of a 3-month-old puppy earlier this month at the Baldwin Park Animal Care Center.

According to a motion by Supervisors Hilda Solis and Janice Hahn, a county Department of Animal Care and Control employee "erroneously authorized the euthanasia of a 3-month-old puppy named Bowie at the Baldwin Park Animal Care Center."

"His death sparked outrage among community members who reasonably expect the county's services to be conducted with care and precision," according to the motion.

On Wednesday, FOX 11 spoke with Shoshi Gamliel, the founder of Underdog Heroes Rescue. She said the community is heartbroken by the puppy's death. 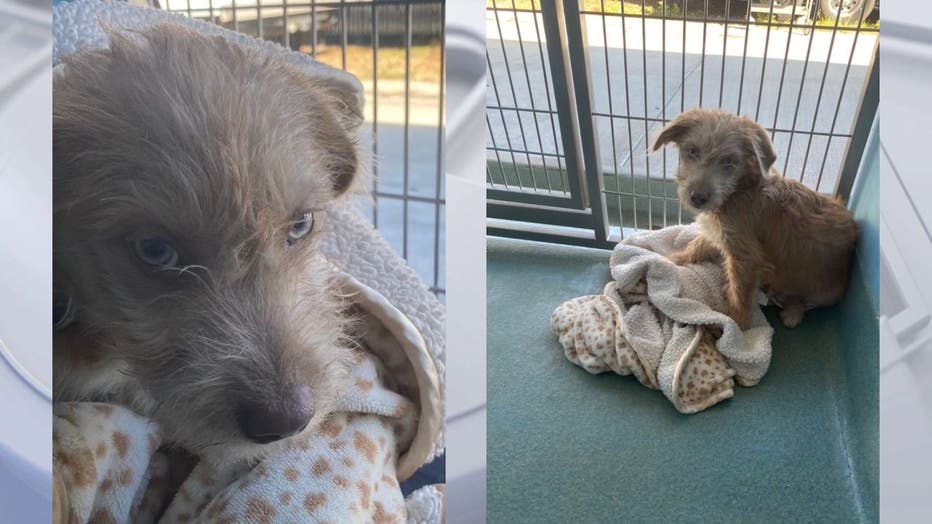 Bowie, a puppy who was recently euthanized at Baldwin Park Animal Care Center

"It really hurts to look at and to know that this dog had his whole life ahead of him," Gamliel said.

Gamliel said Bowie did not have a history of behavioral issues.

"Apparently, he was surrendered by his owner due to the landlord not wanting him," she explained.

Solis noted during the meeting that even the mayor of Baldwin Park contacted the county about the puppy's death.

The motion stated that despite county policies aimed at providing proper care for shelter animals, Bowie's death showed that "many animals are not being successfully placed with viable adopters or rescues. It is time for the county to rethink its animal care strategy to maximize the number of animals that find their forever homes."

The board ordered a report within 30 days on the circumstances of Bowie's death, and a "plan to prevent similar incidents." The board also called for a report in 90 days on development of a five-year plan to decrease the number of animals that are euthanized by the county.

"Let's face it, all the animals that come into our care are innocent," Hahn said.

She said animals that are in danger of being euthanized, especially those with behavioral problems, should be included in the Paws for Life program, which connects young people incarcerated at the county's juvenile detention facilities with shelter dogs for training classes.

Now, Gamliel is hoping for justice for Bowie.

"It's not fair what they did to Bowie, and it's not fair that they have done this to so many other dogs," she said. "Things definitely need to change."

The City News Service contributed to this report.