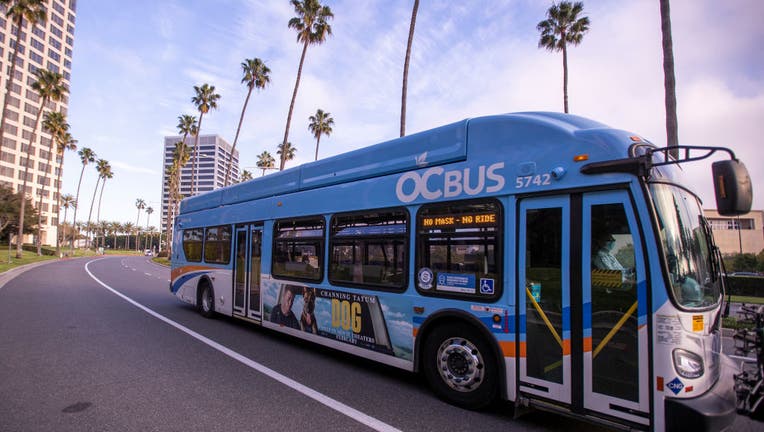 ORANGE, Calif. - Orange County Transportation Authority maintenance employees have voted to strike, starting Monday, which is expected to lead to a suspension of all bus service in the county.

Unlike the threatened bus driver strike of earlier this year, the agency does not have enough workers who would be able to gas up and provide other maintenance of buses, so the service would be suspended.

Orange County Board of Supervisors Chairman Doug Chaffee, who also serves on the OCTA board, said it's possible officials may ask Gov. Gavin Newsom to hold off a strike so both sides can continue negotiating past Monday.

"I'm not sure if we're going to ask the governor for a cooling-off period," Chaffee said.

But, without it, a strike "means bus service will shut down," Chaffee said.

"We don't want to inconvenience people with a suspension of bus service — that's not what we want to see at all," Chaffee said.

A best and final offer was presented to leaders of Teamsters Local 952 on Sept. 22, but it was rejected.

The strike would begin a minute after midnight on Monday.

"We remain committed to doing what it takes to avoid a labor action that would disrupt transportation services for thousands of daily Orange County riders," said Eric Jimenez, Local 952 Secretary-Treasurer. "However, we stand united with our members in the fight for a fair and equitable agreement."

The union's agreement expired Sept. 30. It covers 150 mechanics, machinists and service workers with OCTA. The negotiations started on May 25 and there have been 25 bargaining sessions through the summer. Union leaders accused OCTA of not bargaining in good faith.

The dispute is over salaries and benefits.

"OCTA must address wages, health care costs, the lack of pension increases for well over a decade, and some key non-economic issues," Jimenez said. "We are ready to consider any revised proposals OCTA may have in mind, and we have provided them with available dates this week so we can sit back down at the negotiating table and come to an agreement to avoid a strike."

OCTA Chairman Mark A. Murphy, who is also the mayor of Orange, said, "There's no reason we can't continue negotiating to reach a resolution without putting the burden on bus passengers."

OCTA managed to stave off a strike by the same union in February when it reached a three-year agreement with bus drivers.

"We believe the contract offer we've made to maintenance employees is in line with what was offered to our coach operators and other union workers," Murphy said. "It's a generous offer that is very competitive in the marketplace."