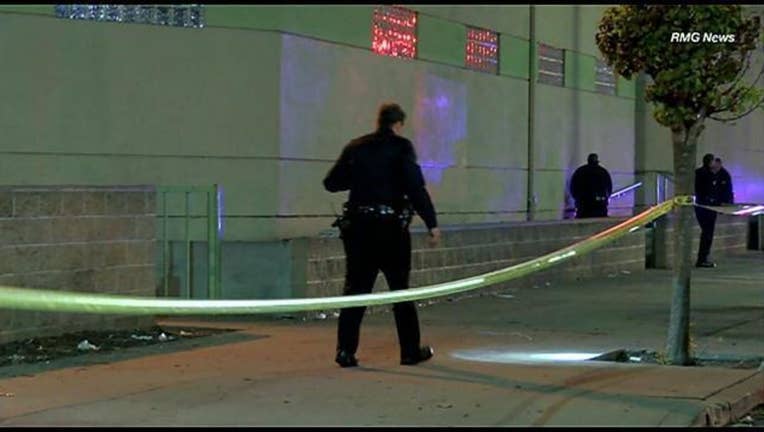 The shootings took place near the intersection South Longwood Avenue and Adams Boulevard about 10:30 p.m. Thursday, according to a Los Angeles police spokeswoman, Officer Liliana Preciado.

"A 56-year-old male victim was shot in the face and the arm," Preciado said. "He was transported to a hospital where he was pronounced dead. A woman in her 50s was also shot. She was taken to the hospital and last reported in stable condition."

LAPD officers from the Southwest Division formed a perimeter around the area and began a search using police dogs, according to reports from the scene.

The California Highway Patrol shut down the La Brea offramp on the westbound Santa Monica (10) Freeway at 2:39 a.m. as part of the search. The offramp remained closed until about 4 a.m. when the search was ended, according to the CHP.

A motive for the attacks was unknown, Preciado said, but investigators are looking at the possibility the shootings were gang-related. No suspect description was immediately available.

Anyone with information on the shooting was asked to call the LAPD's Southwest Station at (213) 485-2582. All tips can be made anonymously.