Deadly shooting on Melrose Ave in the Fairfax District

There was a deadly shooting near retail shops on Melrose Avenue in the Fairfax District Tuesday. Police say the shooter went up to two people and opened fire.

LOS ANGELES - Authorities are asking for the public's help on Wednesday in identifying a gunman who opened fire in a shopping area in the Fairfax District, killing one man and leaving another hospitalized in serious condition.

The shooting occurred shortly before 1 p.m. near Melrose Avenue and Stanley Avenue, according to Officer Rosario Cervantes of the Los Angeles Police Department. 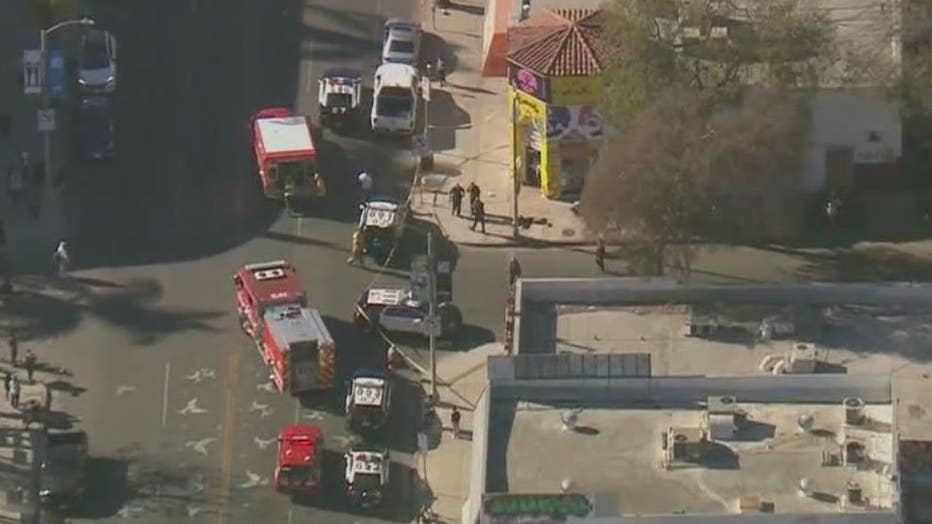 Davonte Clepper, 28, died at the scene, according to the coroner's office.

His city of residence was not known.

The survivor, in his 20s, was hospitalized. His name was withheld.

According to the police, the victims were standing near the intersection when a man in his 20s approached them on foot, fired multiple times, and ran off.

A Starbucks, an Urban Outfitters store and several other businesses are located in the vicinity.

The motive for the shooting is unknown.

The suspect is described as a Black male and was last seen fleeing the scene on foot.