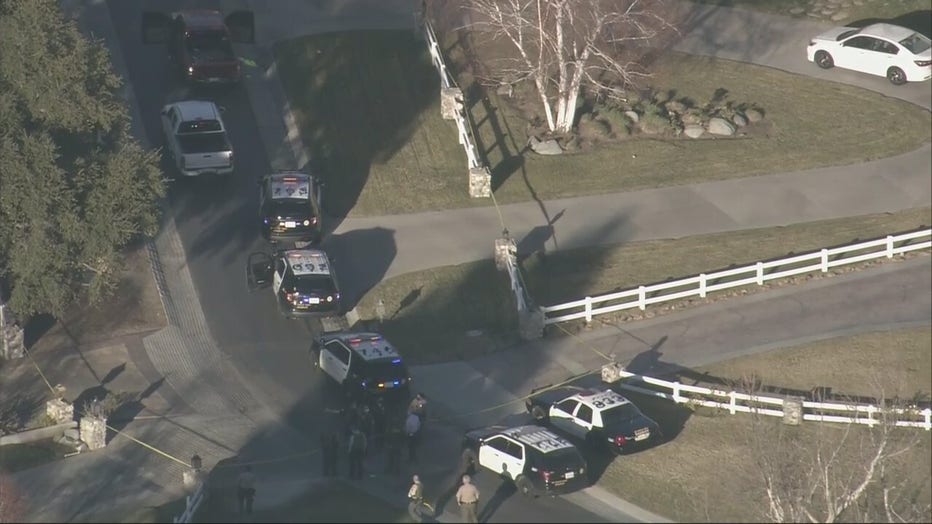 A suspect was taken to a hospital following the shooting, which involved a retired sheriff's department employee who is now considered a civilian, Deputy Michelle Sanchez said.

She declined to say whether the former employee was the person who shot the suspect.

The Los Angeles County Fire Department was called to the 26700 block of MacMillan Ranch Road about 2:45 p.m. and took the wounded person to a hospital, said public information officer Jon Matheny.

No information was immediately available on the severity of the patient's injuries.

One resident of the neighborhood told the Santa Clarita Valley Signa lthe shooting occurred after a person drove through the front gate of the community, and a resident and his father-in-law came out to find the driver.

The three "started having a scuffle and the father-in-law says, `Watch out -- he's got a gun,"' the community's homeowners association president Eddie Hansen, told The Signal.

Hansen said the father-in-law shot the suspect as the suspect reached for a weapon, The Signal reported.