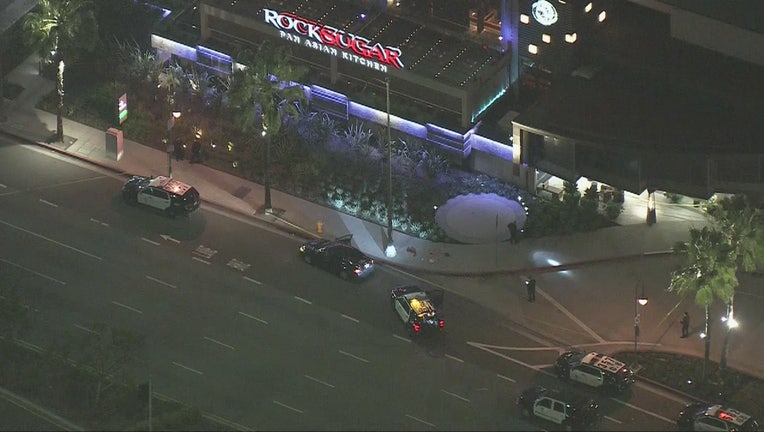 LOS ANGELES - Authorities Friday identified the 29-year-old man who was shot and killed outside a restaurant at the Westfield Century City
mall.

Officers responded to the shopping center, located in the 10200 block of Santa Monica Boulevard, about 10:25 p.m. Monday and found Ryan Deshane Givens, of Los Angeles, suffering from several gunshot wounds, according to the Los Angeles Police Department and the coroner's office.

Givens was pronounced dead at a hospital, according to police, who said the preliminary investigation determined he was shot several times by another man during an argument.

According to multiple reports from the scene, two groups of about 10 people each began arguing inside Javier's, a busy restaurant/bar, and the shooting occurred outside the business.

RELATED: Man dies after being shot outside Century City mall

The gunman was described as about 25-30 years of age, 5 feet 7 inches tall, 160 pounds, and he wore a black hooded sweatshirt and blue jeans, according to police.

Anyone with information on the killing was urged to call 877-LAPD-247.