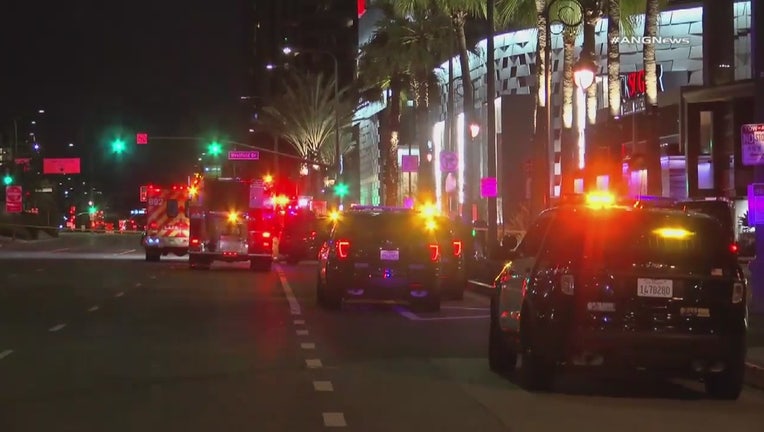 Police were called to the 10200 block of Santa Monica Boulevard just before 10:30 p.m. and found the victim with at least one gunshot wound, according to the Los Angeles Police Department.

Two women were involved in a fight that started inside Javier's restaurant and moved into the courtyard and sidewalk outside the eatery. Two men got involved when one of them pulled out a gun and fired several shots, which left a trail of blood,  police said.

The suspect then ran through the parking garage and eastbound on Santa Monica Blvd. 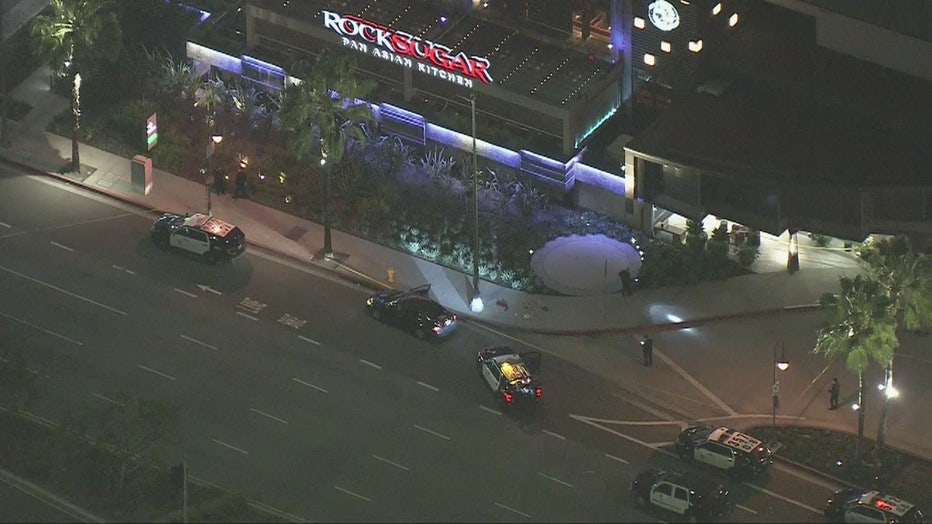 The victim was taken to a local hospital where he was pronounced dead, LAPD said.

The victim's name has not been released.

The suspect was described as an African-American man, between ages 25-30, 5 feet 7 inches tall, and weighs 160 pounds. He was last seen wearing a black hooded sweatshirt and jeans.

Police say the incident may have been gang-related and continue searching for the gunman and anyone else connected to the shooting. 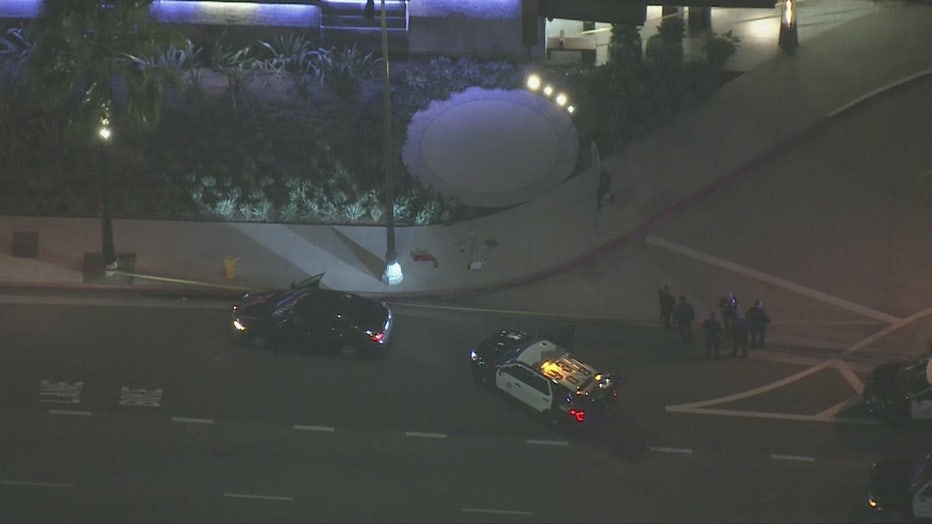 Police will canvass surveillance video and are asking witnesses to come forward.