Elizabeth Bonker, a non-speaking woman with autism, recently delivered an inspirational speech at a Central Florida college with the help of a text-to-speech computer program.

WINTER PARK, Fla. - A graduating student of Rollins College, who is nonverbal and has autism, received a standing ovation after delivering an inspirational valedictorian speech using a text-to-speech computer program.

Rollins College recently released a video of the speech given by Elizabeth Bonker, who said she typed the address using one finger with a communication partner holding a keyboard.

Bonker said she was one of few people with nonspeaking autism who had been taught to type.

"That one critical intervention unlocked my mind from its silent cage, enabling me to communicate and to be educated, like my hero, Helen Keller," she said.

She told her classmates, "Personally, I have struggled my whole life with not being heard or accepted. A story on the front page of our local newspaper reported how the principal at my high school told a staff member, ‘The r****d can’t be valedictorian’." 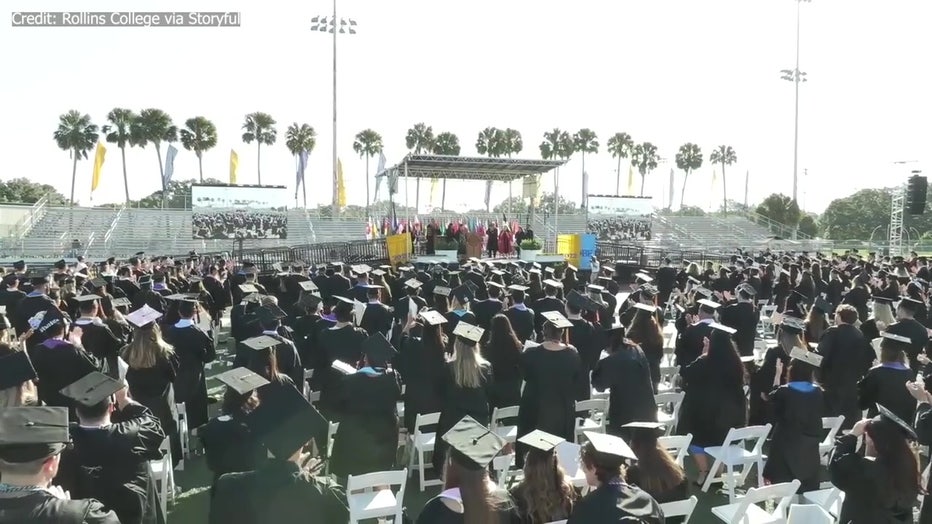 The graduating student received her degree in social innovation. She had recently formed a nonprofit organization called Communication 4 ALL, dedicated to promoting communication access for the millions of people with nonspeaking autism worldwide.