Drivers in Red States are noticing California abortion access billboards on their roads.

"Just launched billboards in 7 of the most restrictive anti-abortion states that explain how women can access care–no matter where they live," Newsom said in a tweet. "To any woman seeking an abortion in these anti-freedom states: CA will defend your right to make decisions about your own health." 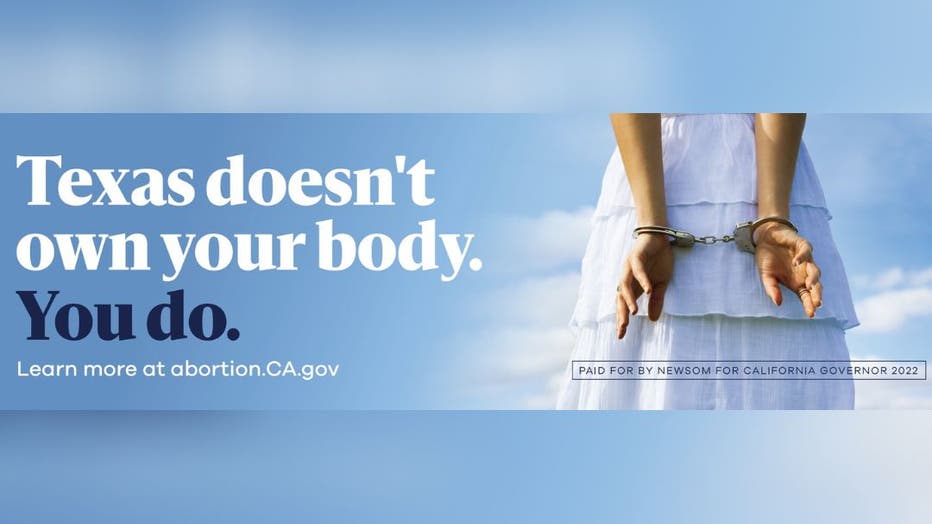 The website, abortion.ca.gov, provides information about accessing abortion in California, including traveling to obtain an abortion.

Newsom’s new billboard campaign features slogans like "Texas doesn’t own your body. You do." and "Need an abortion? California is ready to help."

Earlier this month, California lawmakers passed 15 bills plus approved $200 million in new spending to bolster the state’s already robust abortion protections. The flurry of activity isn’t over, as voters will decide in November whether to make abortion a constitutional right in the nation’s most populous state.

Over the next few years, the state will funnel millions of dollars to clinics to cover the cost of abortions for women who can’t afford them — including women who are living in the country without legal permission. It has pledged to spend up to $20 million to bring women to California from other states for abortions, covering expenses like travel, lodging and child care.