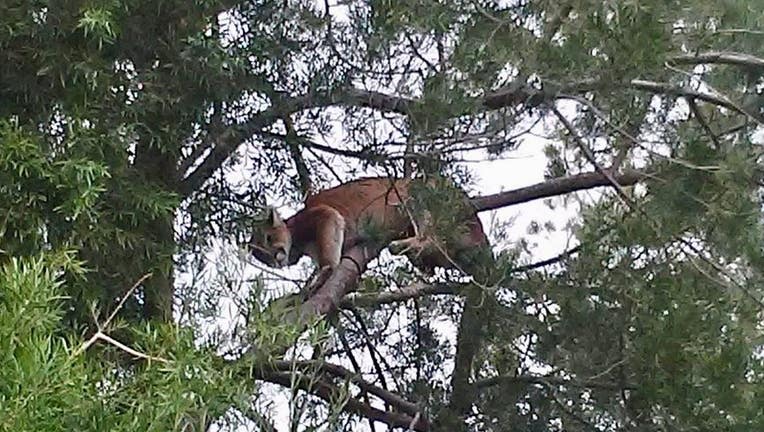 AGOURA HILLS, Calif. - A mountain lion was spotted sleeping atop a tree in Agoura Hills on Saturday and wildlife officials have decided to let it be.

The discovery was made just after 1 p.m. in the 28800 block of Barragan Street, said Lt. Greg Evans of the Malibu/Lost Hills Sheriff's Station.

The lion appeared large in a photograph sheriff's officials included in a tweet advising area residents to keep small children and pets indoors if possible.

California Department of Fish and Wildlife officials told the sheriff's department the tree is about 1,000 feet from open space and that the mountain lion would likely return to the nearby Santa Monica Mountains when darkness falls, Evans said.

Deputies were told to just watch the big cat, which was wearing a special collar.

Evans did not know whether the collar would merely identify the lion or aid in tracking it.

The age and gender of the mountain lion were not available.