Moonshadows restaurant in Malibu was closed Thursday as workers mourned the loss of the establishment's owner Andrea Bullo and his son, who were killed in a fiery crash in Woodland Hills.

LOS ANGELES - What a sad day at Moonshadows restaurant in Malibu. The famous eatery was closed Thursday as workers mourned the loss of the establishment's owner Andrea Bullo and his son. The staff told FOX 11, "Andrea will be truly missed. A unique friend, father and figure to follow. He will be irreplaceable."

A tearful Shannon Sauceda brought flowers to Moonshadows restaurant in tribute to the owner, who over the years had become her friend. "It's just devastating and tragic," she said.

She handed the flowers to the general manager. There was a tearful hug.

Daryl Mattewakang said he was with a friend coming down the hill on West Mulholland Drive in Woodland Hills when "We saw a big explosion. We didn't know what it was until we saw two cars."

Authorities say the car burst into flames on impact. 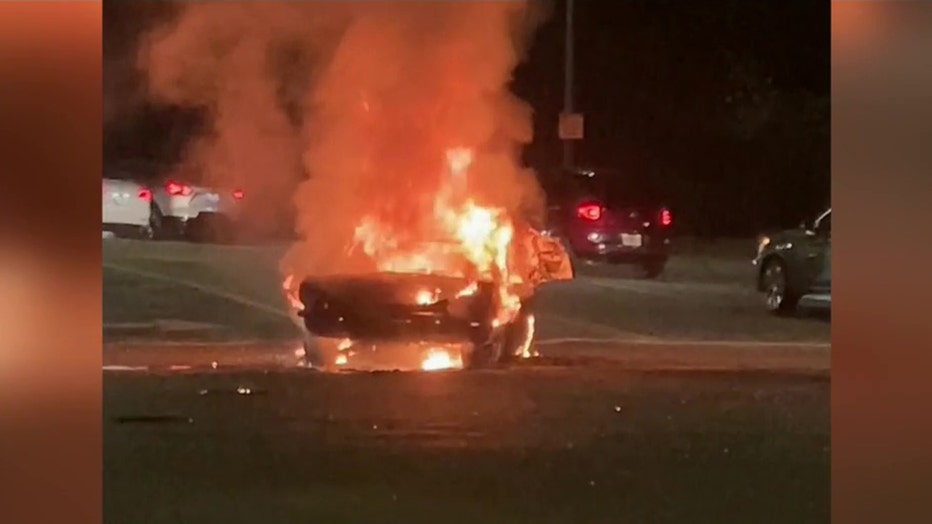 Workers at Moonshadows confirmed to FOX 11 that their owner, Andrea Bullo and his 13-year-old son were killed. They were in a vintage Mustang. In the other car, a 21-year-old driver who police say rear-ended Bullo's car.

Moonshadows staffers say Bullo owned the scenic restaurant since 2001 after working as a general manager at a Beverly Hills restaurant.

The driver was filmed getting a sobriety test. He's been identified as 21-year-old Kevin Gonzalez. He's been charged with two counts of homicide and is being held on $4 million bond.

Meanwhile, lunch-goers to the restaurant were saddened to find out about the crash. So was Shannon Sauceda, who told FOX 11, "Everybody's been to Moonshadows. I mean if you didn't come all the time you at least came a couple of times. I mean it's a famous place. But Andrea was the spirit of Moonshadows."