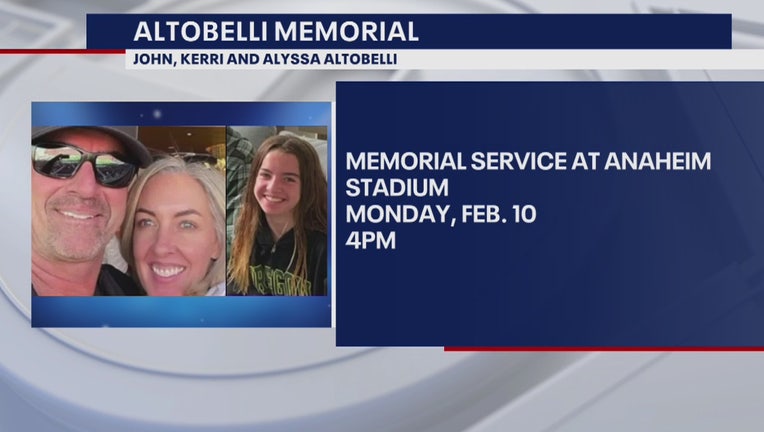 ANAHEIM, Calif. - A memorial service for John, Keri and Alyssa Altobelli will be held Feb. 10 at Angel Stadium, a family member announced Monday.

The memorial service for the three victims who died with Kobe Bryant in a helicopter crash last week in Calabasas will begin at 4 p.m., Tony Altobelli announced on Facebook.

"Needless to say ... there will be plenty of room so if you'd like to be a part of this, we'd love to have you," Tony Altobelli said.

John Altobelli, 56, was the longtime baseball coach at Orange Coast College in Costa Mesa. He died in the crash along with his 46-year-old wife, Keri, and their 14-year- old daughter Alyssa, a teammate of Bryant's daughter Gianna on the Mamba Sports Academy basketball team.