We've told you about Jeremiah Armstead, a basketball player, and the mad dash to get him out of homelessness. Now, meet the man who made college happen.

In a story we've been following since this summer we highlight one more piece of the puzzle. We've told you about basketball player Jeremiah Armstead and the mad dash to get him out of homelessness.

Now, meet the man who made college happen.

Armstead, who'd been unhoused, is now at Fisk University in Nashville, Tennessee, Class of 2026. He'd wanted to go to an HBCU, also known as Historically Black College and Universities.

A Fisk alum, Stephen Bernstein, got him in. We met up with Bernstein and Armstead this summer in Watts. 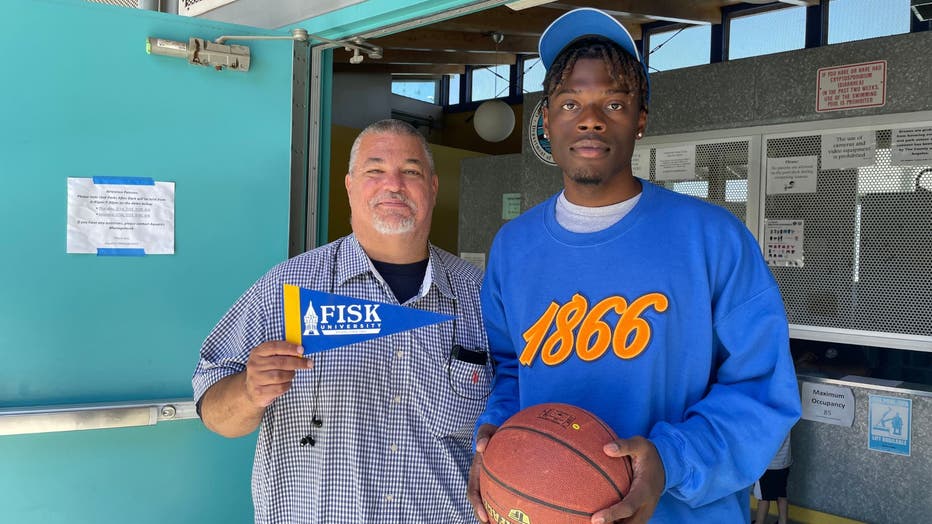 Turns out Bernstein has his own unique story. He's a white man who was welcomed at this HBCU when he went to college. The Californian says he went to visit a friend on the Fisk basketball team and got invited to join the baseball team.

Bernstein returned to Los Angeles and founded We Educate Brilliant Minds to get inner-city kids into HBCUs.

Armstead almost went unseen. The recent high school grad from Long Beach Poly was staying with his mom, sister and brother at a domestic violence shelter founded by the nonprofit, the Do Good Daniels Family Foundation.

PREVIOUS COVERAGE: The inspirational story behind the ‘Do Good Daniels’ family helping victims of domestic violence

They'd called on the non-profit Sisters of Watts who called on Bernstein to get the 18-year-old into college. He had just weeks before the fall semester to make that happen and work on grants and tuition funding. The Sister of Watts put out a community call for donations.

Among the noted graduates of Fisk, revered Congressman and civil rights leader, the late John Lewis.

Bernstein got this 6'5" kid a shot at the basketball team, which he made, and got him a mentor. His lifelong friend, minister Billy Jackson and family have taken in Armstead under their wing in Tennessee. He attends church every Sunday and calls them a "second family."

Propel just took Armstead and other students to Washington, D.C. and to the White House!

PREVIOUS COVERAGE: Non-profit steps up with clothes for unhoused teen heading to college