Dog dies after being intentionally set on fire

A suspected animal abuser is behind bars after police say he intentionally -- and fatally -- set a dog on fire.

LOS ANGELES - It could have been prevented. That’s what many people are telling FOX 11 about the burning of a live dog at a South Los Angeles park on August 22.

That day, a witness called 911 reporting a man tying a dog to a fence and then lighting the pet on fire.

The Los Angeles Police Department has arrested 24-year-old Brandon Jerold Smith, who according to family and friends, has known the dog for years.

It was the family’s dog, says Serena Prentis, who has a child with Smith. Prentis says she left the house after Smith started acting violently towards her and animals.

"He was posting burning birds on his live feed," she says, explaining she moved in with her sister and was trying to get a restraining order.

Her sister, Stephanie, explains that they actually went to law enforcement with videos Smith had supposedly posted of himself shooting a gun at fences with dogs on the other side.

"They just said to call animal control," she adds.

Both women say they tried to buy the family dog, which they called Hennessy, away from Smith. But he refused.

The day of the incident, they say they got a call from Brandon, saying, "Hennessy is gone" before hanging up.

"I never thought," Serena whispers, while shaking her head. "That’d he do that to her, he would hurt me, but why her?"

"Animal abusers eventually abuse humans," says the director of A Purposeful Rescue, the agency that stepped in to help the burned dog.

"We thought it might make it," says a choked-up Carrie Lynn Neals, the volunteer who helped transport the injured animal between veterinary specialists as they tried to save it.

At the end, Hennessy passed away, galvanizing the rescue and its followers to put out the word with #justiceforeponine postings, which are moving quickly. 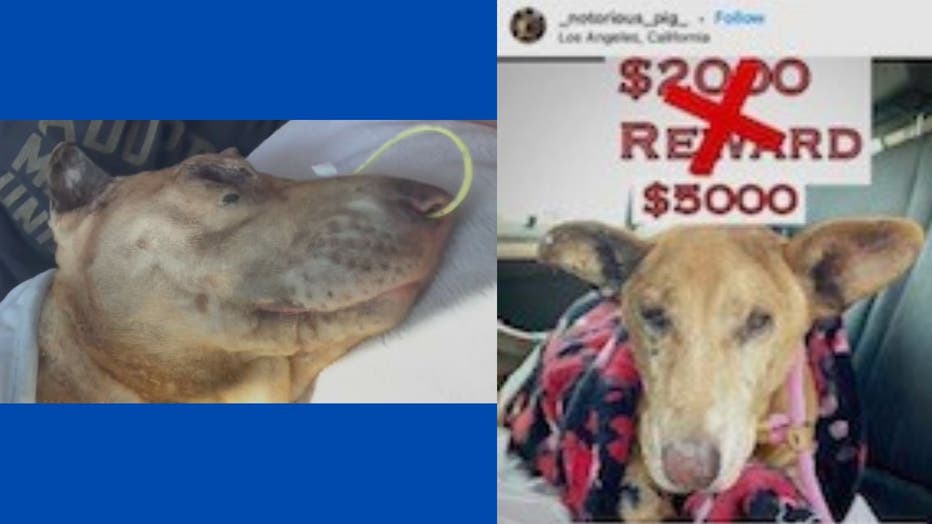 They named the dog Eponine, after the strong female lead in the play, Les Miserable.

"We want to put pressure on the police and the DA to prosecute this man, fully and not just let him walk back out into society, he is dangerous!"

Smith is in custody, booked on felony animal cruelty charges.