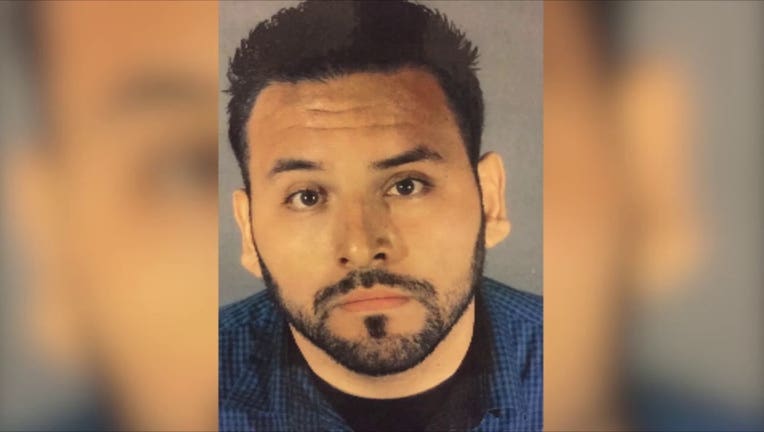 Geovanni Borjas, 38, pleaded no contest to two counts each of first-degree murder and forcible rape, along with a single count of kidnapping to commit rape. The two victims, 17-year-old Michelle Lozano and 22-year-old Bree'anna Guzman, were found dea

LOS ANGELES - In the midst of his trial, a Torrance man pleaded no contest Monday to raping and murdering a teenage girl and a young woman about eight months apart in 2011, opening himself to a sentence of life behind bars without parole.

Geovanni Borjas, 38, pleaded no contest to two counts each of first-degree murder and forcible rape, along with a single count of kidnapping to commit rape. He also admitted special circumstance allegations of multiple murders and murder during the commission of a rape.

He is scheduled to be sentenced Dec. 12.

Borjas was charged in May 2017 with the Dec. 26, 2011, slaying of Bree'Anna Guzman, 22, and the April 24, 2011, killing of 17-year-old Michelle Lozano. Then-Los Angeles Police Chief Charlie Beck said both victims were sexually assaulted.

Lozano's body was found about 11:40 p.m. April 25, 2011, alongside the Golden State (5) Freeway near State Street in Boyle Heights. Police said the body had been wrapped in plastic bags, put in a plastic container and dumped over a masonry barrier along the freeway, and that the container broke open when it hit the ground.

Guzman's partially clothed body was discovered on Jan. 26, 2012, near the Riverside Drive on-ramp to the southbound Glendale (2) Freeway in the Silver Lake area. The body was apparently was dumped at the location, police said.

Guzman had been reported missing a month earlier. She left her home in Lincoln Heights the day after Christmas to go to a store but never returned.

Police initially did not believe the two killings were related. But Beck said detectives were eventually able to connect the crimes and requested permission from the state Attorney General's Office to perform a familial DNA search.

"After the familial search, a person was identified as a contributory match to the suspect," Beck said shortly after Borjas' arrest. "That individual was (the) suspect's father, who was arrested on a non-sexual-assault- type crime earlier in his life."

After conducting further information into the father's background, detectives "identified a family member who they thought possibly could be the suspect involved in these (crimes) and they collected a surreptitious DNA sample," Beck said. "They did this by following that individual. During that following, he spit on the sidewalk. Detectives collected that and the DNA was a match. It was a match to both of these murders."

The case marked the second time Los Angeles police had relied on a familial DNA search, which can narrow the search for a suspect to a particular family and point detectives to suspects whose DNA is not yet in a database. Beck noted that Borjas' DNA was not in any existing database prior to his arrest.

The LAPD also used familial DNA in the "Grim Sleeper" serial killer case, in which detectives used a discarded pizza crust to collect DNA linking the killings to Lonnie David Franklin Jr., who was convicted and sentenced to death in 2016. He died while on death row in March 2020.

Borjas faces a possible sentence of life in prison without the possibility of parole. Prosecutors were originally seeking the death penalty in the case, but that punishment was taken off the table following the election of District Attorney George Gascón, who opposes capital punishment.

Guzman's mother said during a court hearing last year the decision was a "slap in the face" to the victims' families.