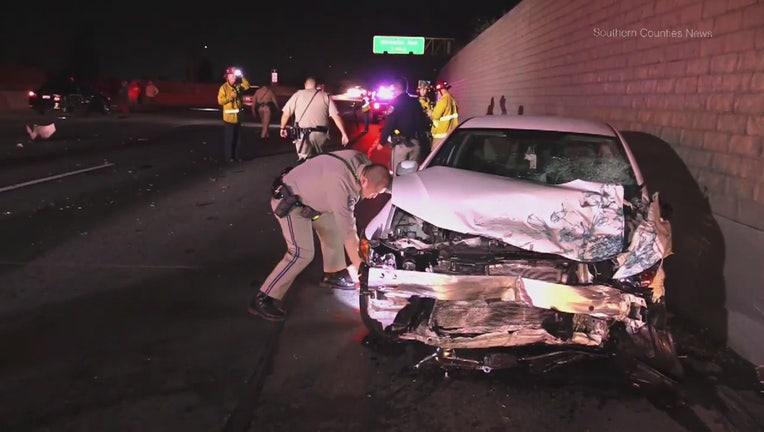 LONG BEACH, Calif. - One man was killed and a woman was hospitalized following a five-vehicle collision on the westbound 91 Freeway in Long Beach, authorities said.

The crash was reported near Paramount Boulevard about 10:45 p.m., according to the California Highway Patrol.

A witness told the CHP one person was laying in the carpool lane and not moving.

A man was rushed to a hospital and did not survive his injuries sustained in the crash, officials said.

Paradamics also took a woman to a local hospital and was in stable condition.