Authorities are looking for the man who stabbed a man in a wheelchair as he dined in a Mar Vista restaurant.

LOS ANGELES - An 82-year-old man in a wheelchair was brutally stabbed by another man while dining inside a restaurant in Mar Vista.

The Los Angeles Police Department responded to a call in the 12000 block of Venice Boulevard on October 3 around 7 p.m. According to LAPD, the suspect approached the elderly man from behind as he was dining inside Taco Bell. The suspect then stabbed the elderly man in the wheelchair in the neck and shoulder and ran off from the scene, LAPD said.

The suspect is described as a bald man likely in his 20s or 30s. The suspect is listed as standing between 5-foot-1 and 5-foot-6 and weighing about 130 pounds. The suspect also has a large tattoo on the back of his head and a small tattoo next to his left eye, LAPD said.

The man in the wheelchair was rushed to the hospital following the horrific incident. He remains on the road to recovery, as of October 13.

Surveillance images of the incident were released in hopes of finding the stabbing suspect. 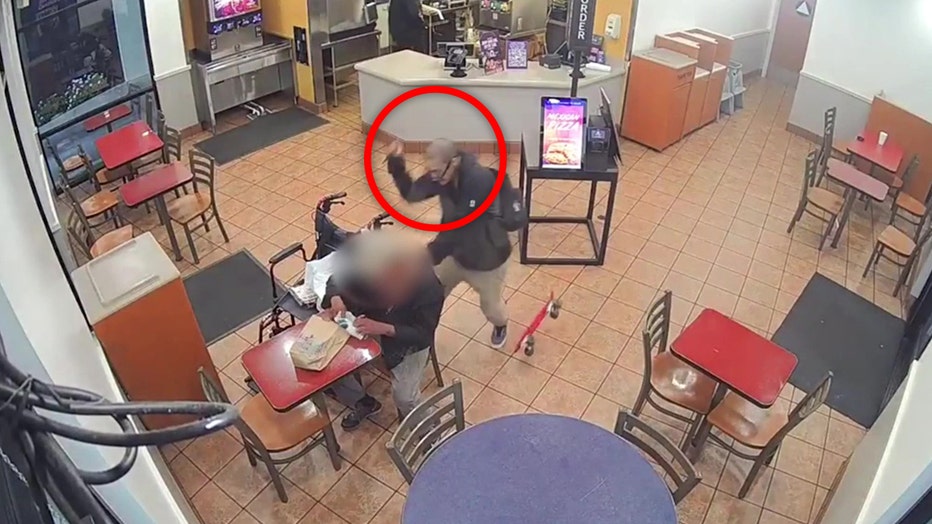