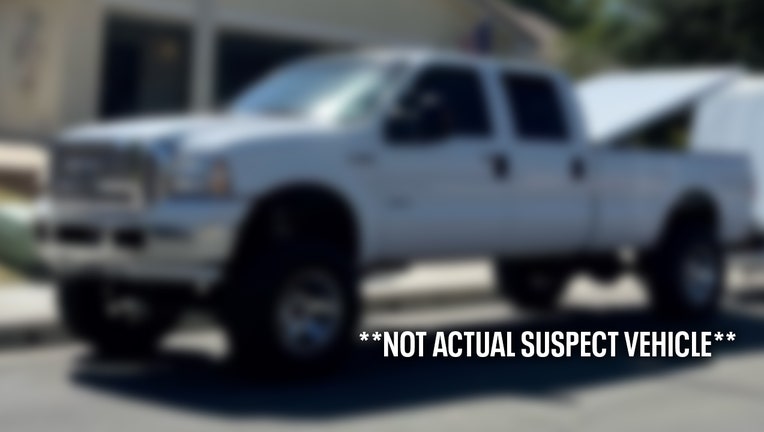 ANAHEIM, Calif. - Police are working to fully confirm if the man they arrested after a high-speed chase was, in fact, the suspect in last week's failed kidnapping attempt.

Back in March 31 at about 2:45 p.m., the Anaheim Police Department received several calls regarding a man who attempted to force a 13-year-old girl into a pickup truck near Magnolia High School in the 2600 block of West Ball Road.

The victim was identified as a student at Dale Jr. High School and was walking home when she observed the suspect sitting in a parked truck. He then got out of the vehicle, approached her, and shoved her into the passenger side of the truck.

Several people in the area who witnessed the terrifying encounter contacted authorities. A short time later, the suspect released the victim and drove away.

On Friday, April 8, about a week after the incident, police saw a man driving a pickup truck matching the suspect vehicle description in the city of Brea. When officers tried to pull the man over, a police chase ensued.

The chase lasted almost an hour, with the suspect traveling along the 57 and 5 freeways. The chase eventually ended on the 5 Freeway near the La Paz Road offramp.

The chase suspect – later identified as 31-year-old Andrew Pio – was taken into custody by police. As of Friday night, Anaheim PD are piecing together information to fully confirm if Pio is in fact the same guy that tried to kidnap the teen.

The teen victim was not hurt in the Mar. 31 incident.

Anyone with information on the suspect is asked to call Anaheim PD Detective Jacob Medina at 714-765-1419 or OC Crime Stoppers at 855-TIP-OCCS.