A man wanted in connection to the death of two other men just walking distance from Angel Stadium is in custody.

ANAHEIM, Calif. - A 26-year-old man has been charged with two counts of special circumstances murder for allegedly stabbing his coworker and his coworker's roommate to death in their Anaheim apartment early Tuesday morning.

The special circumstances of lying in wait and multiple murders make him eligible for the death penalty.

Ramy Hany Mounir Fahim, 26, of Irvine, has been charged with two counts of murder, and two enhancements each of lying in wait, multiple murders, and the personal use of a deadly weapon. 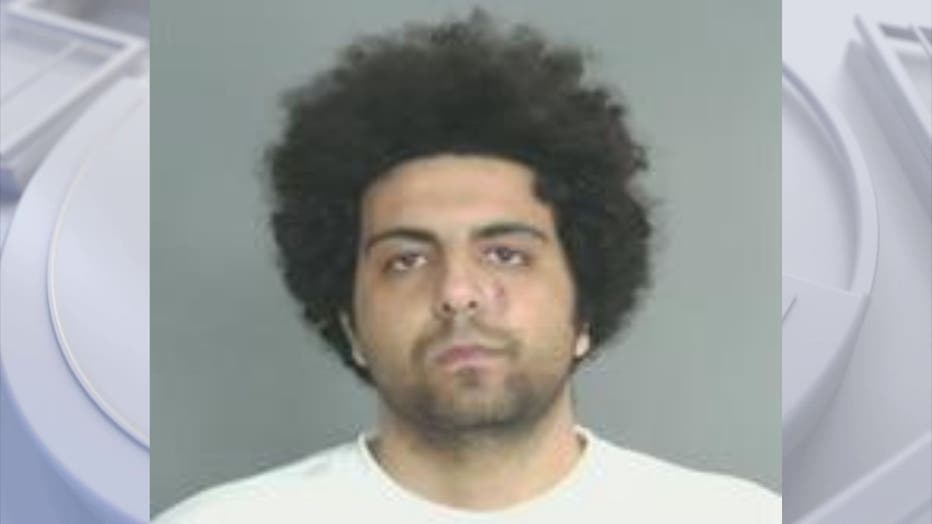 Ramy Fahim, of Irvine, was arrested in connection to a double-homicide in Anaheim. (FOX 11)

Fahim is accused of stabbing his coworker, 23-year-old Griffin Cuomo, to death and then stabbing Cuomo’s roommate, 23-year-old Jonathan Bahm, to death in their Katella Avenue apartment in Anaheim at around 6:30 a.m. on April 19.

The District Attorney's Office said that Cuomo and Fahim worked together at an Orange County wealth management company.

Fahim is currently being held without bail at the Intake Release Center. He is scheduled to be arraigned on May 6 at the North Justice Center in Fullerton.

A building security guard had encountered Fahim on the apartment complex’ roof at midnight on April 18, just hours before the murders.  Fahim was later seen on the same floor of the victims’ apartment the morning of the murders.

Fahim was still inside the victims’ apartment when Anaheim police responded to a 911 call.

"These young men were just starting to live out their dreams and find their places in the world. But an intruder who stalked them and then slashed them to death in their own home interrupted those dreams," said Orange County District Attorney Todd Spitzer. "The callous way that two young lives were ended cannot be ignored and we will do everything we can to ensure justice is served."