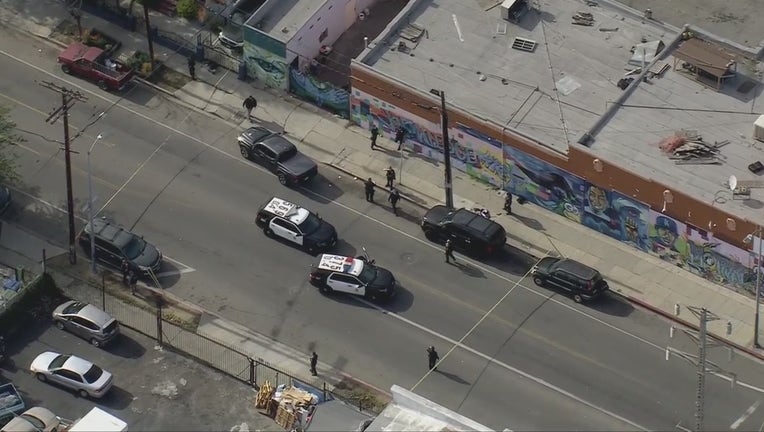 BOYLE HEIGHTS, Calif. - A man allegedly armed with a ghost gun was shot by police in Boyle Heights Friday.

The shooting was reported about 1:20 p.m. in the area of North Evergreen and Wabash avenues after plainclothes Los Angeles Police Department officers spotted "a suspect, only described as a male in his late 20s armed with a handgun" as he exited a business in the area, according to a department statement.

The man attempted to flee the area on foot after police tired to detain him, and at least one officer shot him.

Los Angeles Fire Department paramedics were called to the scene and took the man to a hospital in stable condition, according to authorities. No officers were injured in the shooting.

Investigators recovered a ghost gun and 30-round magazine at the scene.

The public was advised to avoid the area of North Evergreen and Wabash avenues as authorities continued to investigate the shooting.