Opponents of the practice, including the homeless outreach and advocacy group Ktown for All, say people's belongings are often destroyed in the process.

CARE+ was temporarily paused during the COVID-19 pandemic, except around "A Bridge Home" shelters, where it continued following a July 29, 2020 vote by council members.

On June 30 of this year, the council voted to continue the cleanups, which require the homeless to remove their tents and belongings while sanitation workers sweep, power wash and remove trash and hazardous materials from the area, according to LA Sanitation and Environment, which added that unattended belongings are "bagged, tagged and stored."

Opponents of the practice, including the homeless outreach and advocacy group Ktown for All, say people's belongings are often destroyed in the process. The Services Not Sweeps coalition launched a Street Ambassador Program in March to provide an alternative to the cleanups, with the coalition's team members deploying to areas a day beforehand to prepare residents' trash for the sanitation teams in an effort to limit the invasiveness of the cleanups.

Peggy Lee Kennedy, who is on the coalition's coordinating committee, told City News Service on Tuesday that she was in Venice preparing unhoused residents for a CARE+ cleanup expected to take place along Venice Boulevard on Wednesday. She said she was in the process of finding a team to help a woman who is disabled move herself and her stuff from the area in time for the sanitation crews to arrive. 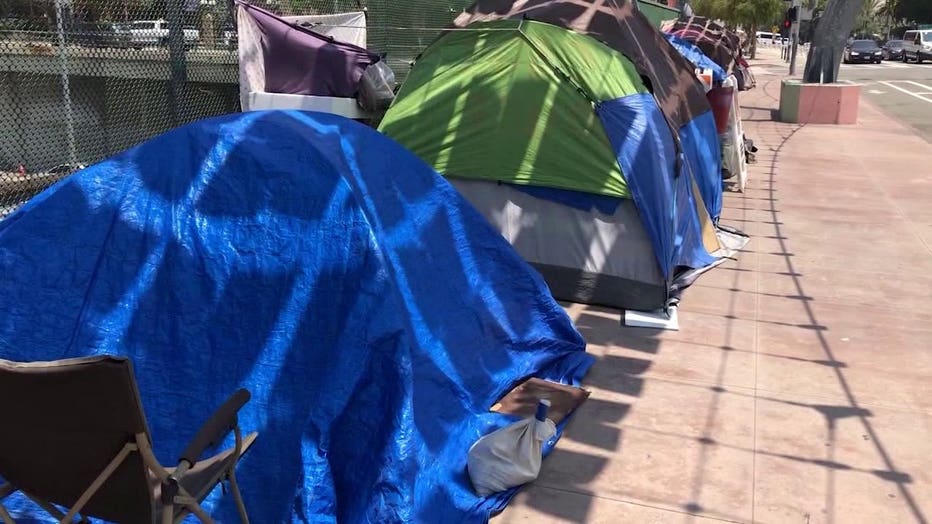 Councilman Mike Bonin and Councilwoman Nithya Raman introduced a motion on Jan. 12 -- which was unanimously approved by the council in April -- to have LASAN, in consultation with the Los Angeles Homeless Services Authority, develop standards for street engagement and hygiene services "with a preference toward voluntary compliance whenever possible." The motion said the city's policy should be guided by the Hippocratic oath, "first, do not harm."

On June 25, the Bureau of Sanitation sent the council a report on how some of the suggestions can be incorporated into its operations, and on June 30 the council instructed the bureau to resume operations citywide and incorporate the following strategies:

LASAN told CNS that the department has incorporated those strategies into its CARE+ operations.