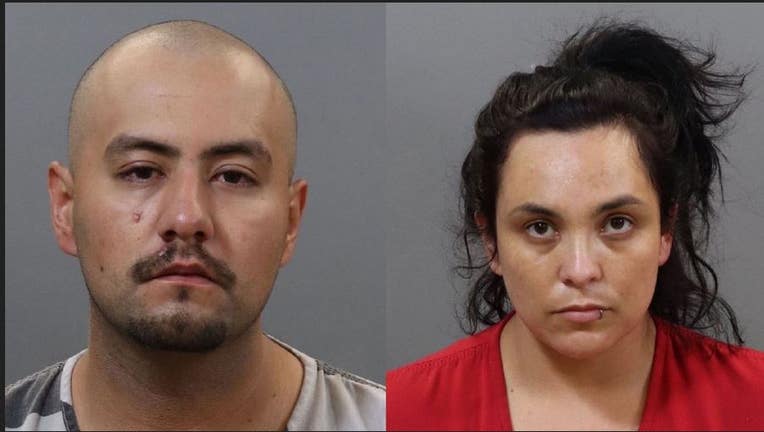 LOS ANGELES - A woman suspected of stealing more than $675,000 in Employment Development Department benefits has been arrested in Knoxville, Tennessee, along with an alleged male accomplice, and the two will be extradited to Los Angeles County to face trial, authorities said Saturday.

Detectives said Sunday there may be additional victims.

RELATED: 3 women charged with illegally obtaining over $1.2M in unemployment benefits in names of inmates

Investigators also say they discovered that Sanchez used a stolen identity, and identified 42 separate Personal Identifying Information profiles from victims that were linked to her.

Detectives tracked her to the Knoxville area and contacted authorities there.

On Thursday, Knoxville investigators served a search warrant at Sanchez's residence and seized fraudulent debit, credit and gift cards, along with counterfeit credit cards, numerous ledgers containing personal information from additional victims, and a large bag of methamphetamine, according to the Los Angeles County Sheriff's Department.

Charles Hutchinson, 29, who was also an identified suspect in the FCCB investigation and allegedly was captured on numerous ATM photos making unauthorized withdrawals, was also arrested.

FCCB investigators believe there are other victims and are asking anyone with questions or information to contact Detective Trent Thurber of the sheriff's Fraud & Cyber Crimes Bureau at 818-576-8862.