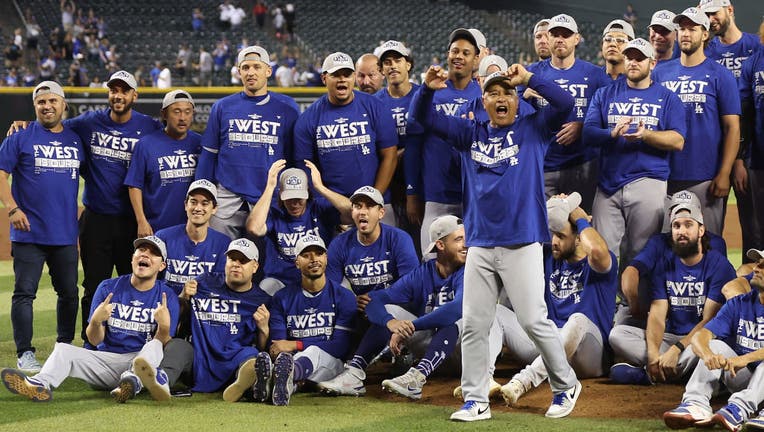 LOS ANGELES - After nearly a week off, the Los Angeles Dodgers are readying to start their push for their eighth championship Tuesday, as they welcome their NL West rivals the San Diego Padres to town for the National League Division Series.

Tuesday will be the 20th matchup between these two teams this season and the first time they've met in the playoffs since the pandemic-shortened 2020 season. Just like in 2020, the Dodgers have had the Padres' number this year, winning the season series 14-5, and Dodger fans are excited to keep the momentum going.

Fans at Eastside Deli are optimistic about the upcoming matchup.

"The only thing I know, the bread order has to be doubled that day," said owner Vito Angiuli. He calls pitcher Clayton Kershaw the team's secret weapon.

Other fans were split between first baseman Freddie Freeman or outfielder Mookie Betts, but no matter what, they were all confident that the Dodgers will emerge victorious.

And they have good reason. The Dodgers won 111 games this season, securing the best record in baseball and home field advantage throughout the playoffs.

The Padres finished 22 games back of the Dodgers, but are fresh off a Wild Card series win over the New York Mets thanks to MLB's new 12-team playoff format. Padres starting pitchers allowed just three earned runs in that series, against a Mets team that ranked third offensively this season, according to Fangraphs.

The Padres have already restricted ticket sales to Games 3 and 4 of the series at Petco Park to verified Padres fans and area residents. The last time the Dodgers and Padres squared off in a playoff series though, a Game 4 wasn't needed.

First pitch for Game 1 is scheduled for 6:37 p.m. Tuesday at Dodger Stadium. The Dodgers' Julio Urías will square off against Padres starter Mike Clevinger.