LOS ANGELES COUNTY - A local woman launched a business during the pandemic to promote a healthy lifestyle in her Windsor Hills neighborhood and throughout Los Angeles.

Hart transformed a once abandoned parking lot on Slauson Boulevard into the RideWitUs bike shop.

"This lot has been a dump for maybe the last 20 years. All these people in this neighborhood, they've been wanting to see something here. They've been tired of seeing it look like this," said Hart.

The bike shop is one mile away from Nipsey Hussle's property. 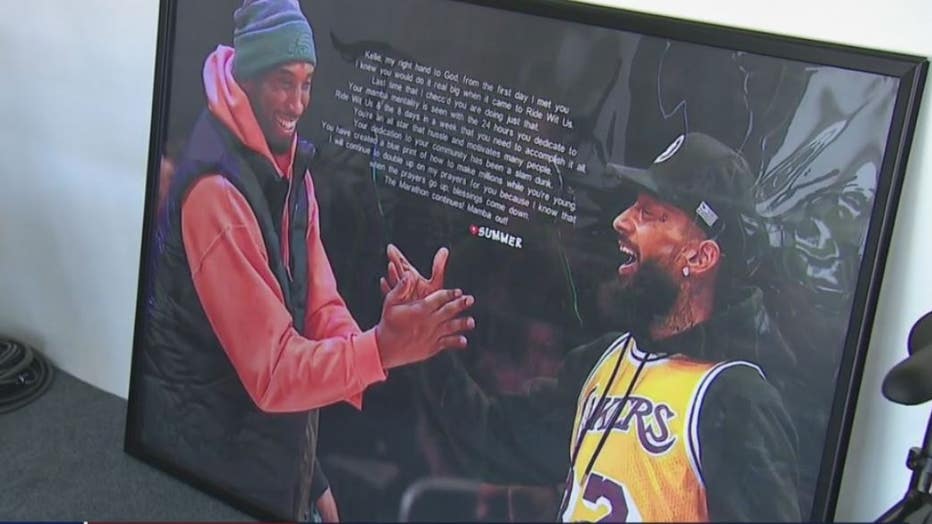 "Of course he's a great inspiration to us so to bring life back to Slauson means a lot to me. I actually got the keys to the store on the two-year anniversary of his [Nipsey Hussle] death," said Hart.

Hart said she wanted people in the community to have easy access to bikes.

"At the time, it was hard to get bikes, and I knew where to get them and I wanted all my friends to have them so they could come out and ride with us, stay active and stay together during this time," said Hart.

Hart and her friends started riding bikes together during the pandemic as a safe way to stay in shape, and it grew into a bike club with dozens of people gathering each week.

"We just started riding, riding together one by one. One person came after another, more and more people came and then I named it," said Hart.

Now, the group meets on Tuesdays and Thursdays at 6:15 p.m. for bike rides and on most Saturdays too.

There is no membership fee for the bike club either.

"It's just keeping people fit and in shape especially during the pandemic, and giving people an option to be outside in an environment that's uplifting and motivating. This is a group that takes everybody regardless of skill level and you can see the majority of the people are Black, which is also a benefit," said Adreeena Thomas, a member.

It's helping people like Joseph Pander get into shape.

"I'm considered what they call a pandemic rider because of COVID and I've lost 40 pounds since cycling so health is the main factor and after that, it's the friendship, fun and unity," said Pander.

Riders like Robair Sherrod were spotted shooting GoPro video during the ride.

Hart plans to expand her business to other states someday and wants the shop on Slauson to become the main place for healthy living.

"I want it to be a one-stop-shop for healthy living, but I don't want it to stop in LA," said Hart.