Miracle Mission: Los Angeles surgeon preparing to travel overseas to give the gift of hearing

The UCLA Cochlear Implant Program is recognized as one of the best in the field. Dr. Akira Ishiyama, the director of the program, has dedicated his life to helping children not only in Southern California but on the other side of the world.

LOS ANGELES - The UCLA Cochlear Implant Program is recognized as one of the best in the field. Dr. Akira Ishiyama, the director of the program, has dedicated his life to helping children not only in Southern California but on the other side of the world.

Dr. Ishiyama,  who is also a Professor of Otolaryngology and a surgeon at the UCLA School of Medicine, started a cochlear implantation program in Armenia 17 years ago, to give children there a chance at a better life. He is now getting ready for another medical mission next month.

"I really feel very privileged to be able to be part of this program. I'm so happy and grateful that I was given the opportunity to work with the beautiful people there," said Ishiyama. 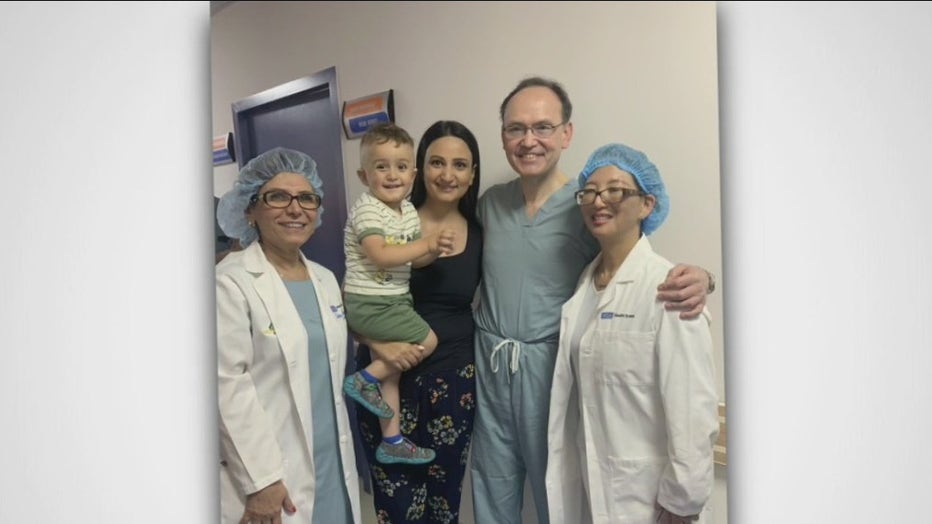 "We got contacted by the Minister of Health in Armenia back in 1999 to help children with deafness in Armenia, then we invited Armenian colleagues to UCLA where we train them. We made the first trip in 2004 and ever since I have been going there once or twice a year to do surgeries," said Dr.Ishiyama.

Since 2004, the Armenian International Medical Fund has successfully provided over 150 cochlear implant surgeries. As a result of all the hard work over the years,  Armenia is the only country in the region that has the latest generation of implants, thanks to Dr. Ishiyama's expertise.

"Cochlear implants are very expensive and they don't have a nationwide healthcare insurance system to support such activity and implant itself is very expensive," Dr.Ishiyama explained.

Every year the Armenian International Medical Fund organizes events to raise funds to operate on children, but due to the global coronavirus pandemic, they were unable to hold their annual gala.

"I have not accepted any money and that's not what I do, but just by having this opportunity to interact with these beautiful people. I really consider it to be a privilege, it's amazing," said Dr. Ishiyama.

Right now several soldiers who lost their hearing during the recent Artsakh war require surgery to regain their hearing and 12 children are waiting to be given the gift of hearing. Dr. Ishiyama says early accurate diagnosis and intervention is key. 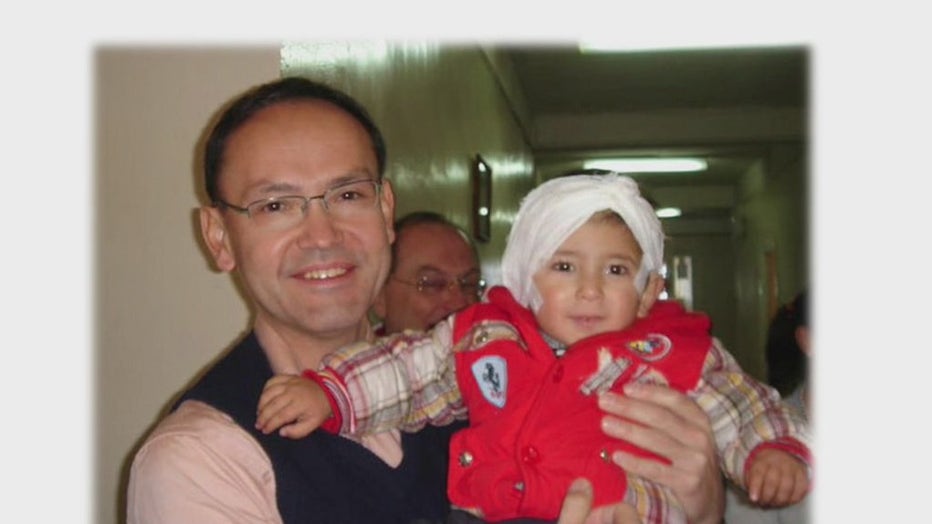 "We lose ability by the time you are three and a half - a child has a limited window to develop the language, that's more important than anything," said Dr. Ishiyama.

"One of the things I did not want to do was to physically go out there and do the surgery and just turn around and come back. When it comes to working with children born with deafness, surgery is only a small part of the process," said Dr. Ishiyama.

His most recent trip was in November 2020. During the trip, he operated on 13 children and a soldier who was severly injured.

"There was a drone attack and there were six of them. He is the only one who survived. After the bomb blast, he had a major injury within the skull and his facial nerve was cut at the skull base. His face was completely paralyzed. Somebody like him, age 21, should not be in this kind of situation in the first place. And when you see the family members, although I don't speak the language, you know the type of pain they are going through," he recalled.

Over the years, he has formed a strong and unique bond with the people in Armenia.

"Although Japan and Armenia are geographically separated I was so surprised to see how similar we are in so many ways. That’s the reason Armenia became my second home," said Dr. Ishiyama.

The Southern California surgeon was born in Japan to a German mother and Japanese father. He migrated to the United States after high school, went to the Massachusetts Institute of Technology to study math and physics, then switched to medicine and attended Northwestern University He came to UCLA for the internship program in 1990 and has been there ever since.

Dr. Ishiyama has even taken his family back with him to show them the connection he has found.

"The resilience of Armenian people and the resilience of Japanese people are two things that I considered to be very similar… they stress how important the family is, how important education is. They really treasure and embrace the heritage, the language, the religion —those things are all very very important," he said.

Dr. Ishiyama will spend three days operating on children and soldiers in July. In addition to the surgeries, he is investigating the extent of hearing damage caused by war. He is also working with a team to implement changes for neonatal screenings, to ensure the system used overseas is up to par with U.S. standards.