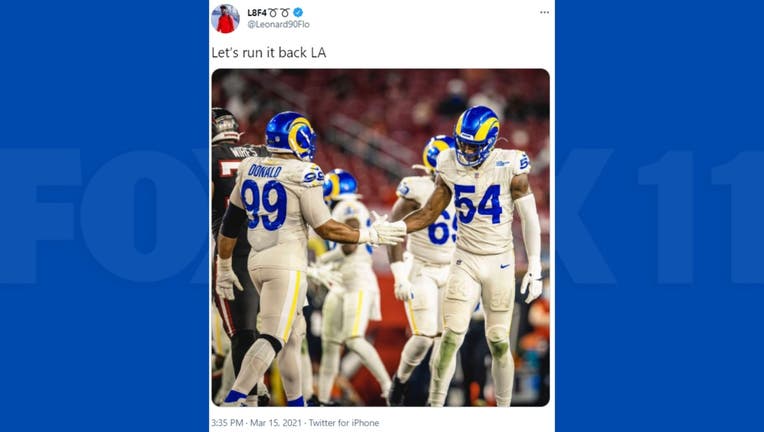 According to a report from ESPN's Adam Schefter, the Rams and the 28-year-old linebacker agreed on a four-year, $64 million contract. The team later confirmed the agreement of the four-year deal but did not disclose the $64 million part.

After spending the first four seasons with the Chicago Bears, Floyd had a breakout 2020 season with Los Angeles. The former first-round pick finished the 2020 regular season with 10.5 sacks and 55 total tackles.

Seconds after Schefter's report and the team's announcement online, Floyd took to social media to announce his stay in LA.