The Task Force received word about a massive house party taking place in South LA&nbsp;and sent a significant amount of resources to break it up.

FOX 11 embedded with the Task Force for the raids, which took place in South LA and Wilmington on Friday night.

The Task Force received word about a massive house party taking place in South LA and sent a significant amount of resources to break it up.

The party was organized by a promoter connected to the street takeover scene, and he invited people to the party during an Instagram live stream.

Videos posted to social media from inside the party showed hundreds of people crammed together, dancing, drinking and taking hits of nitrous oxide from balloons. 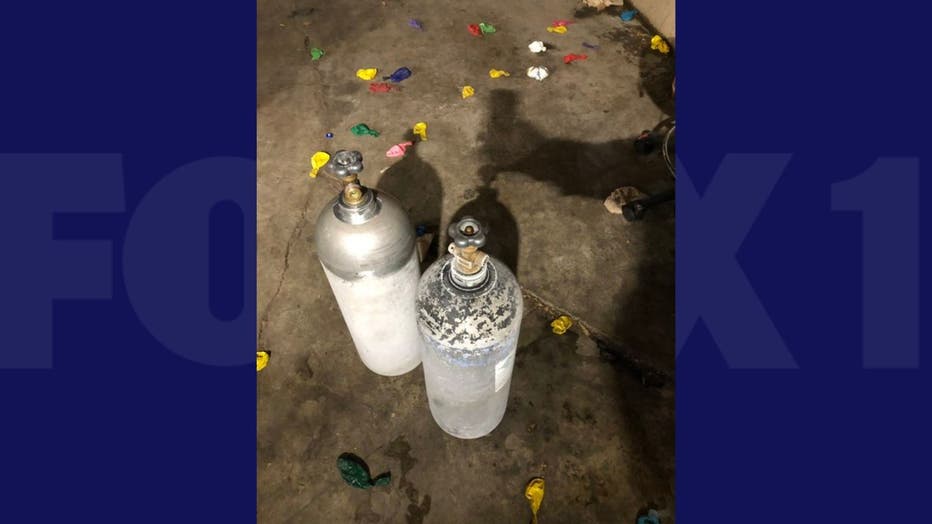 The LASD Task Force pulled up to the party, and masses of deputies began clearing the house and detaining partygoers, approximately 150 of whom ran away once deputies arrived.

A gun, drugs, money and nitrous oxide tanks were recovered.

LASD tells FOX 11 they made 74 arrests during the operation, almost all of which were citations for health and safety violations.

"We came and stopped this superspreader party, and to also make sure these individuals understand how they’re putting their life in danger as well as others," said Lt. Damon James.

However, that wasn't the only party that deputies put a stop to on New Year's Day. FOX 11 joined the Task Forced as they pulled up to a mall parking lot in Wilmington, where LASD says around 250 associated with the street takeover scene had gathered to party.

FOX 11 watched as LASD cleared the crowd out from the lot, appearing to detain and handcuff some people.

FOX 11 had been with LASD's Task Force at many of those prior underground parties, including New Year's Eve as deputies cleared out a massive house party in Malubu.

Deputies also broke up another large party at a Downtown Los Angeles warehouse and a third party with hundreds of people at a DoubleTree hotel in Pomona.

In total, over 900 people were detained at these New Year's Eve parties, with 96 arrests. At least six guns were recovered.

LA County supervisors will be discussing superspreader events during their board meeting Tuesday on how to stop them.