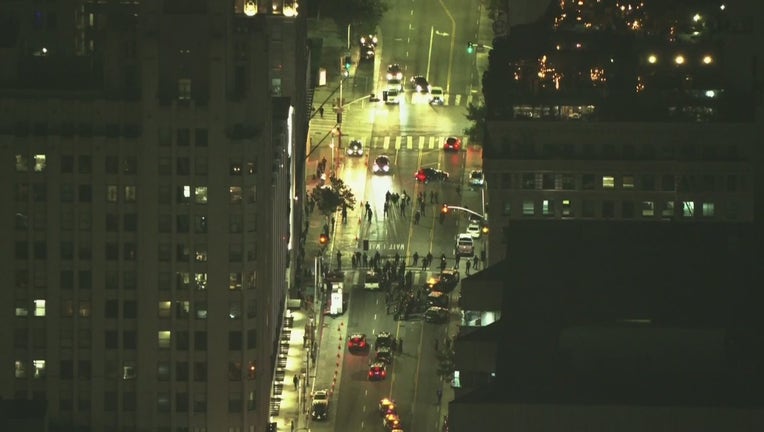 SkyFOX was over downtown Los Angeles Tuesday night as there were heavy police presence in the area. (FOX 11)

This comes after a group of people – believed to be around 250 people, per Moore – marched to Pershing Square. According to Moore, a "segment of the group began to take the intersection."

Moore said an officer got hurt trying to get the crowd to disperse. LAPD has since issued a citywide tactical alert late Tuesday night.

Officials did not specify the severity of the officer's injuries. It is unknown if the unruly crowd had anything to do with demonstrators that took to the streets to rally for abortion rights.

Across the country, women's rights advocates and abortion rights supporters took to the streets to protest against the U.S. Supreme Court's apparent push to overturn Roe v. Wade.

This comes as Politico published a bombshell report Monday night detailing the leaked documents showing the Supreme Court's intention of overturning a landmark decision that protected a woman's right to get an abortion by choice.