LAKE ELSINORE, Calif. - Kobe Bryant is being celebrated in art in Lake Elsinore. Two artists transformed the wall of a liquor mart with a painting of the Los Angeles Lakers legend in hopes of uplifting the community.

Graffiti artist Drewone lives in Lake Elsinore. Sergio Doc-43 Rueda has in-laws in the Riverside County community, as his wife grew up there. Both are Kobe fans and took to the wall of Del Lago Money Mart Liquor shortly after Kobe, his daughter Gianna, six friends and the pilot died in a helicopter crash on January 26, 2020.

The mart is located at Grand and Jameson. 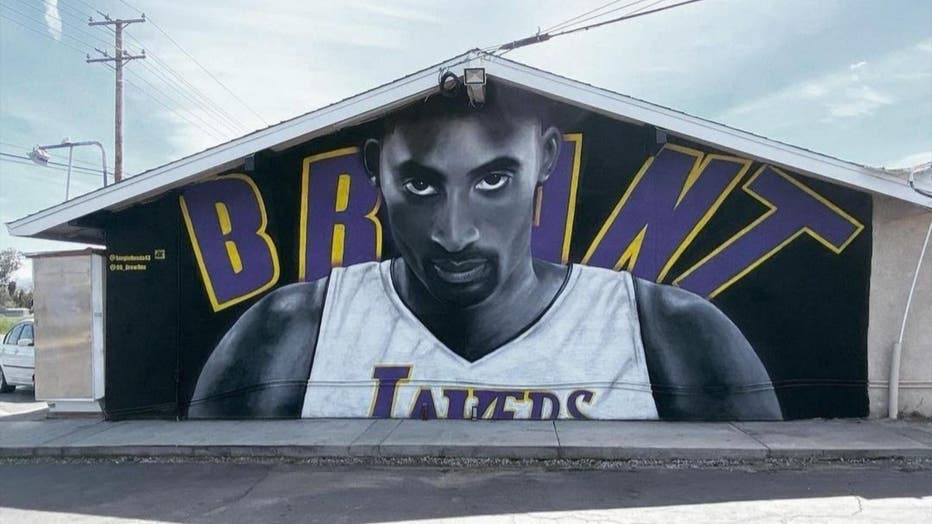 Drewone tackles important matters in his art. He works as a drug, alcohol and gang counselor. He says he taps into his inner-Mamba Mentality to maintain sobriety.

Rueda works in internet technology. He says not everyone can get to see the Los Angeles murals. He brought the mural to them.

It took the artists two days to paint. Next, they painted Dodgers on the roof to commemorate the Boys in Blue's 2020 World Series championship.