Thirty years ago, four white Los Angeles Police Department officers were exonerated for the beating of Rodney King. The verdict sparked riots from Apr. 29 through May 4, 1992, across Los Angeles, setting the city on fire.

The officers had been caught beating the unarmed African American motorist by a man who videotaped the arrest, which was broadcasted on television across the U.S.

The verdict acquitted all four officers of any wrongdoing in the arrest.

After the verdict was announced, Los Angeles Mayor Tom Bradley held a news conference, during which he stated, "Today, this jury told the world that what we all saw with our own eyes wasn't a crime. Today, that jury asked us to accept the senseless and brutal beating of a helpless man. Today, that jury said we should tolerate such conduct by those sworn to protect and serve. My friends, I am here to tell this jury, No. No, our eyes did not deceive us. We saw what we saw, what we saw was a crime... We must not endanger the reforms we have achieved by resorting to mindless acts. We must not push back progress by striking back blindly." 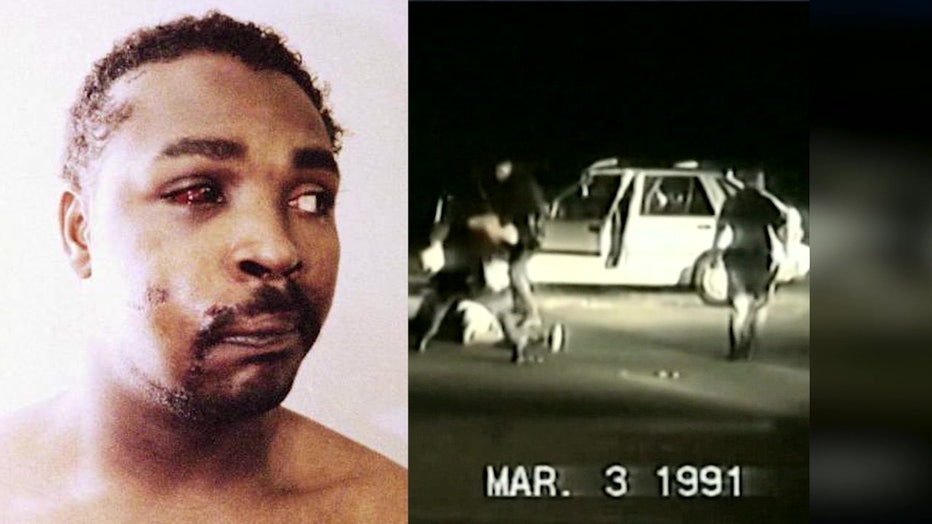 Hours after the verdict protest turned to violence as the LA riots began.

Former LAPD detectives Moses Castillo tells FOX 11's Mario Ramirez what he recalls about the moments that unfolded 30 years ago.

RELATED: Rising Up: FOX 11 documentary series will look back at critical moments that led to social justice movement

Across several days of rioting, a total of 64 people were killed, more than 2,300 were injured, thousands were arrested and estimates of property damage were around $1 billion. Over the six days of riots, approximately 3,500 fires were set, more than 1,000 buildings were destroyed, with fire calls coming once every minute at some points. Widespread looting also occurred.

1992 LA Riots: How Reverend Cecil Murray is leaving a legacy at USC