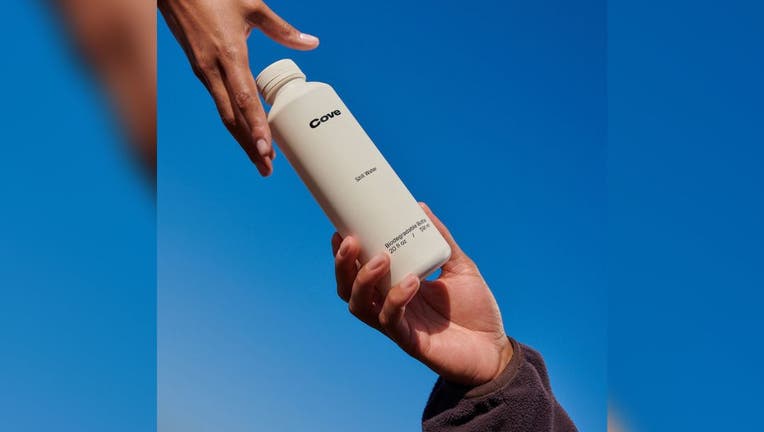 Cove says this will be the world's first biodegradable water bottle to be sold in the U.S. / Cove

According to Cove, the bottle and cap are made of polyhydroxyalkanoate (PHA). The PHA in Cove's 20-ounce bottles and caps is certified biodegradable by TÜV Austria in marine, soil, and freshwater environments, as well as in industrial and home composting. Cove bottles and caps are said to compost in industrial conditions within 90 days.

"Cove entering retail is a significant milestone for the company," says Alex Totterman, founder and CEO of Cove. "It was important for us to find a mission-aligned retail partner to debut Cove. [We're] excited to take a big step forward in our mission to create a sustainable material world. Erewhon will also offer a valuable end-of life-option for our customers by allowing them to deposit their used Cove bottles into their bins for compostables, which will then be routed to a local compost operation for biological recycling."

Cove's water bottles will sell for $2.99 at all Erewhon stores in Los Angeles.

If you don't live near an Erewhon, you can also snag a bottle online at cove.co.

"Erewhon has celebrated the amazing benefits of naturally grown foods and the importance of preserving the earth for more than 50 years and continues to lead the way in conscious consumption today," states Vito Antoci, executive vice president of Erewhon Markets. "When we were introduced to Cove, we were incredibly excited to be part of this innovative and potentially world-changing moment for consumer packaged goods companies— the world's first fully biodegradable water bottle is something we are very proud to be launching at Erewhon."

Left in the environment, the bottles will disintegrate in water and soil in less than five years, according to Cove.