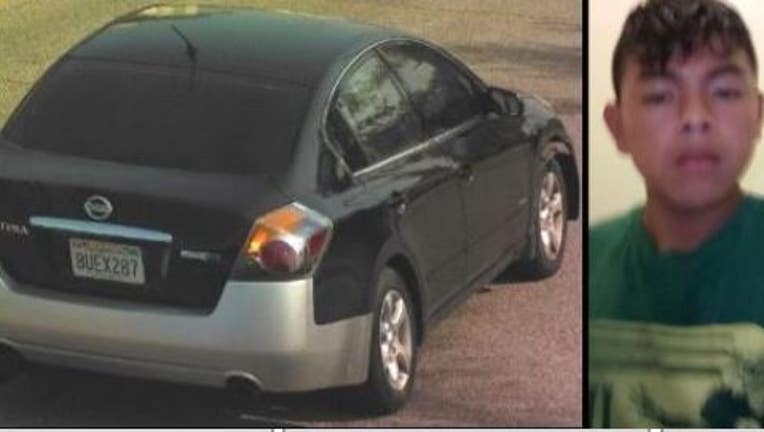 SOUTH EL MONTE, Calif. - The Los Angeles County Sheriff's Department circulated a photo of a 16-year-old boy who went missing in South El Monte and is also a person of interest in a fatal hit-and-run crash that occurred last week in Rosemead.

Mariano Coc went missing from his South El Monte home on Nov. 7, the sheriff's Temple station reported. Detectives also believe that he may be the victim of a crime.

Coc was the last person seen with a 2009 black Nissan Altima with a gray bumper that was involved in a fatal-and-run crash Monday in Rosemead. It occurred at about 10:30 a.m. that day in the 2700 block of San Gabriel Boulevard, near the intersection of Garvey Avenue, and escalated into an argument between two people.

Riverside resident Haiou He, 61, exited his vehicle to speak with the other vehicle's driver, when that driver allegedly put the vehicle in reverse and ran him over. The victim died Wednesday from his injuries.

The suspect's vehicle, which has since been located, fled northbound on San Gabriel Boulevard and out of view.

It was determined during a subsequent investigation that the Altima belonged to a local family, and the last person to be seen with the vehicle was the 16-year-old boy, sheriff's officials said.

Coc, along with the vehicle, were last seen on Nov. 8, between 5 and 7 a.m. According to multiple witnesses at the scene, the victim's description of the hit-and-run driver does not match Coc's description.

Detectives believe Coc may have become the victim of a crime.

He was described as a 5-foot-7-inch tall Latino boy with brown hair and brown eyes weighing 145 pounds. He was last seen wearing a tan tank top, light-colored jeans and black slip-on sandals.