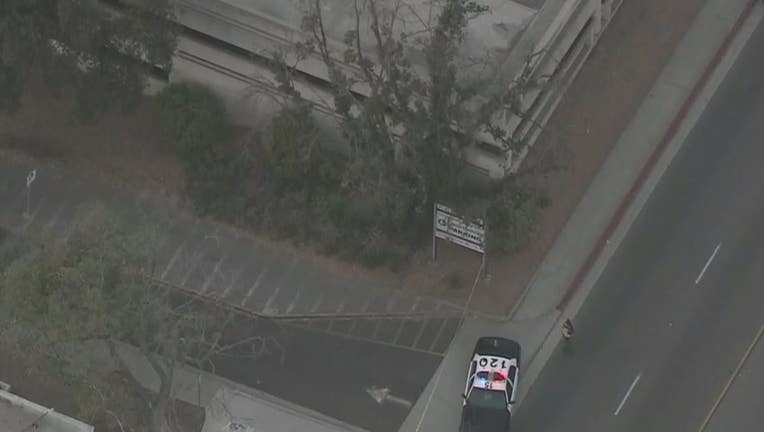 WHITTIER, Calif. - An off-duty deputy shot an man in a parking structure near the Whittier Courthouse this afternoon.

The shooting occurred at 4:09 p.m. in the 7300 block of Painter Avenue, near Mar Vista Street, according to Deputy Eric Ortiz of the Los Angeles County Sheriff's Department.

The deputy was assigned to the Whittier Courthouse but was not working
and not in uniform at the time of the shooting.

One of the men allegedly advanced at the deputy, who then identified himself as an off-duty Los Angeles County Sheriff's Department Deputy, according to Ortiz.

"The suspect reached for his waistband as if he was going to retrieve a weapon and continued to advance on the deputy,'' Ortiz said.

The deputy shot the man, striking him in his upper body, according to Ortiz. He was taken to a hospital where his vital signs were listed as stable.

A knife was recovered at the scene, and the second suspect, who left after the shooting, is outstanding, Ortiz said. A full description was not released, but he is believed to be about 20 years old.