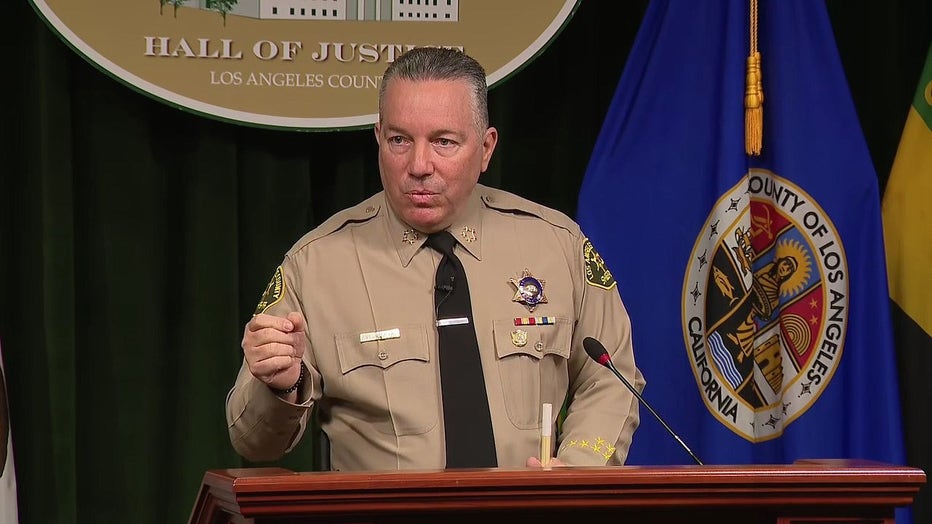 "This is ... always a lead-up to the Super Bowl, which ends up being one of the major events that draws human traffickers to the region," the sheriff said. "Sadly, millions of people worldwide are forced to endure this form of modern-day slavery. And they prey on the most vulnerable -- those looking for opportunities in the U.S., those that have come without families and unsuspecting people that may be lured online."

"Anyone can become a victim of human trafficking," Villanueva said.

He urged residents, "if you see something, say something," asking them to report human trafficking to their local law enforcement agency, the U.S. Department of Homeland Security tip line at 866-347-2423 or Crime Stoppers, 800-222-TIPS (8477).

Southern California is already a hot spot for human trafficking, including sex trafficking, in part because of large runaway and homeless youth populations and proximity to international borders.

In recent years, local law enforcement agencies' approach to sex trafficking has shifted to prosecuting those soliciting sex and trying to provide support for victims.

"And if you or someone you know is a victim of human trafficking and is looking for support or services, contact the National Human Trafficking Hotline ... at 888-373-7888," the sheriff said.

Multiple law enforcement agencies will be out in force in Los Angeles to ensure overall security at the NFL championship game, and those efforts will include a focus on human trafficking.

The sheriff said the LASD will have 300 personnel working the event in support of Inglewood Police Department officers.

The Department of Homeland Security has not yet released its plans for enforcement around the NFL's biggest game of the year. Last year, when the Super Bowl was held in Tampa, Florida, more than 500 DHS personnel were assigned to secure the site.

"Not only is the Super Bowl an attractive target for terrorists and domestic violent extremists, but it also presents opportunities for human trafficking, the sale of counterfeit goods, and other criminal activities," the department said in a statement in February 2021.

More than 70 people were arrested during an investigation into sexual exploitation during Super Bowl week in Tampa in 2021, FOX 13 reported.