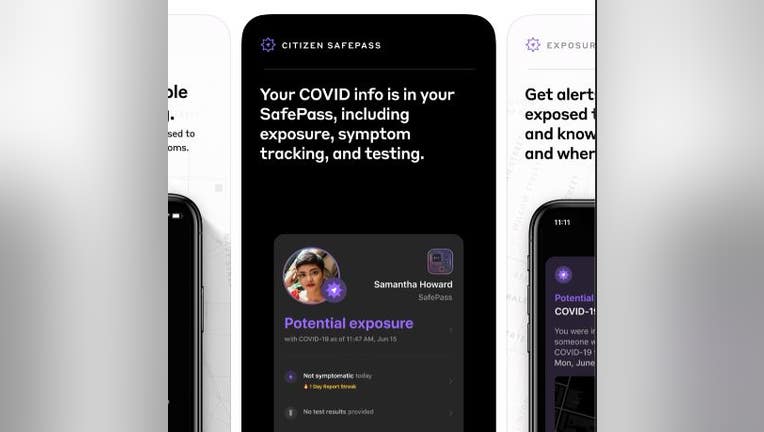 LOS ANGELES - As much of the world continues to fight against COVID-19, Los Angeles County is introducing a new tool for people to use in their fight.

SafePass, a mobile app from Citizen, use the phone’s Bluetooth feature to anonymously track people with whom you may have come into contact with.

If that individual you had close contact with tests positive for COVID-19 you will then get a notification from the app to get tested, Supervisor Barger explained.

“Contact tracing is a lengthy process that relies on information shared from people who test positive for COVID. Robust, efficient and thorough contact tracing is critical to interpret the ongoing transmission of the disease and to reduce its spread,” Barger said.

Everyone’s identity on the app will remain anonymous and data is encrypted, officials say. Using the app is voluntary and only works when someone downloads the free app.

The purpose of the app is to let users know they’ve come into contact with someone who has tested positive for COVID-19. The identity of that person will remain anonymous, officials say.

Data collected will be used by health officials to learn more about the virus and how it spreads in the community.

In addition to the announcement of the new app, Mayor Garcetti also announced a new testing kiosk that will open at Union Station.

He says the testing kiosk has the ability to test up to 500 people a day.

The testing center will be open Wednesdays to Sundays from 9 a.m. to 3 p.m.