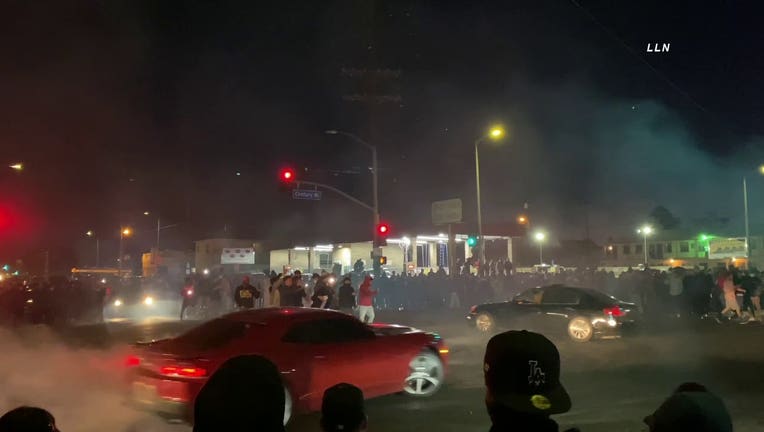 LOS ANGELES - The Los Angeles City Council is scheduled to vote Tuesday on a motion aimed at curbing illegal street racing by adding deterrents to common locations of races.

The motion was introduced by Councilwoman Monica Rodriguez, who noted that street racing typically happens in areas with wide, straight roads that have low levels of traffic and easy access to freeways and major roadways that allow participants to quickly disperse. Traffic calming measures -- such as street humps, rumble strips, raised center medians, curb extensions and traffic circles -- could be engineered in these areas to deter racing, Rodriguez's office said.

If adopted by the City Council, the motion, which was seconded by Councilman Bob Blumenfield, would instruct the Department of Transportation, the Bureau of Street Services and the Los Angeles Police Department Street Racing Task Force to collaborate on a report with recommendations for traffic calming measures that could be implemented in areas with frequent illegal street racing.

Recommendations would include temporary devices that could be installed and removed from the areas, and the report would feature a map overlaying known racing corridors and intersections with traffic data from Vision Zero, Los Angeles' mission to eliminate traffic deaths by 2025.

"Enforcement cannot be the only solution," Rodriguez said after introducing the motion on Aug. 3. "We need to also include a proactive approach using street design elements that make it difficult for drivers to conduct the type of street takeovers and speed events that are endangering our communities."

The motion would also instruct LADOT and the LAPD's Racing Task Force to meet each quarter and report to council member's offices on street racing data in their respective districts.