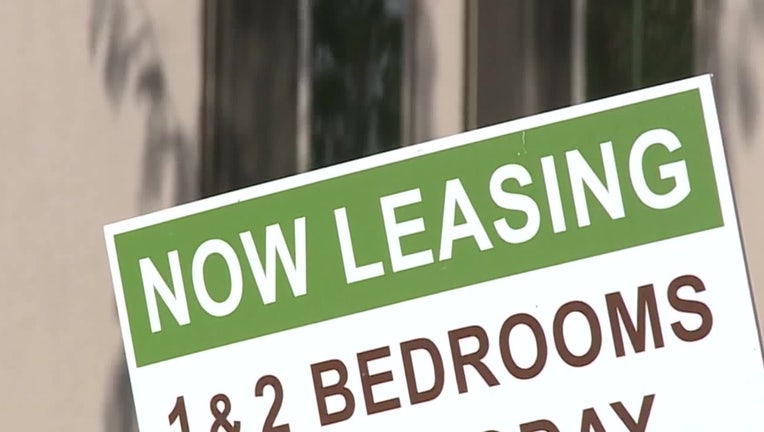 The ordinance passed on a 13-0 vote, with two members absent. It will next go to Mayor Eric Garcetti for approval.

"I am pleased that the City Council passed the Tenant Anti-Harassment Ordinance. This means that for the first time in Los Angeles, city law defines and codifies illegal harassment activities, providing an affirmative defense for tenants in eviction cases when landlords engage in actions constituting harassment while strengthening civil penalties," Councilman Gil Cedillo, who chairs the Housing Committee, said in a statement after the vote.

"During these challenging times, tenants struggling to make ends meet have been most vulnerable to losing their homes. The ordinance initiated prior to the pandemic will make landlord bullying tactics and coercive behavior illegal," he said. "L.A.'s renters need a strong anti-harassment ordinance to protect them from illegal displacement."

The ordinance has been in the works since Feb. 2, 2017, when former Councilman Jose Huizar introduced a motion to have the Housing and Community Investment Department review other cities' anti-harassment ordinances and report on the possibility of adopting a similar measure in Los Angeles.

After a years-long process, the ordinance's draft was reviewed by the Los Angeles City Council on June 9, when council members voted to strengthen various aspects, including through an expanded definition of harassment, and directed the City Attorney's Office to incorporate the revisions and bring the measure back for final approval.

The ordinance defines tenant harassment in several ways, including reducing or eliminating housing services, such as parking; failing to perform necessary repairs and maintenance; abusing the right to access a rental unit; threatening a tenant with physical harm; misrepresenting to a tenant that he or she is required to vacate the unit; refusing to accept rent payments; and inquiring about a tenant's immigration status.

The City Council amended the definition to include tactics like coercing a tenant to vacate with offers of payment; failing to perform necessary repairs on time as required by federal, state, county or local housing, health or safety laws; failing to minimize exposure to noise, dust, lead, paint, asbestos and other harmful building materials; and interfering with the comfort, peace or quiet of a tenant.

While the definition was expanded to include a wider range of harassment tactics, council members also set the bar higher for what classifies as tenant harassment, as proposed by Councilman John Lee. The definition includes "a landlord's knowing and willful course of conduct directed at a specific tenant or tenants that causes detriment or harm and that serves no lawful purpose."

Councilwoman Nithya Raman had proposed lowering the bar for what would qualify as tenant harassment with an amendment that was not incorporated and defined harassment as a landlord engaging in "knowing and willful commission of" the defined acts of harassment.

She expressed concern about the approved amendment, saying that some landlords lawfully remove amenities, such as parking spaces, from tenants as a harassment tactic. David Michaelson of the City Attorney's Office told Raman that it would be up to a court to decide if the intent was lawful, even if the tactics were.

Under the ordinance, if harassment occurs, a tenant who prevails in court may be awarded compensation for damages, rent refunds for reduction in housing services and reasonable compensation for attorney's fees. A landlord might also be fined up to $5,000 if the tenant is older than 65 or disabled.

For repair or maintenance issues, a tenant is required to provide written notice to the landlord of the alleged violation before initiating a civil proceeding or small claims case.

The Alliance of Californians for Community Empowerment requested the ordinance be strengthened by making tenant harassment a misdemeanor, which the City Council added to the draft ordinance on June 9.

According to that amendment, it will be a misdemeanor "to attempt to interfere with the peaceful enjoyment, use, possession or occupancy of any premises by the lawful lessee or tenant of such premises either by threat, fraud, intimidation, coercion, duress or by the maintenance or toleration of a public nuisance, or by cutting off heat, light, water, fuel or free communication by anyone by mail, telephone or otherwise, or by restricting trade or tradesmen from or to any such tenant."

The group also sought funds to implement the law and a provision that would allow tenants to return to the unit and pay the same amount of rent if a judge finds that an eviction occurred through harassment.

Council members amended the ordinance to force rental units protected by the Rent Stabilization Ordinance to be rented at the lawful rent in effect at the time of the most recent termination of tenancy if the landlord is found to have vacated the unit through harassment.

Raman told council members before the vote that amendment is among those she is most proud of, as it "eliminates the incentive for landlords to engage in this kind of behavior in the first place."

"I really want to be clear today, as we're talking about this issue, who this ordinance will help," Raman said. "The more vulnerable the tenant is, the more likely they are to be affected by harassment and to be displaced by harassment."

She added that people of color, low-income renters, women and families with children are disproportionately affected by tenant harassment.

The Alliance of Californians for Community Empowerment had asked the City Council to add amendments to ensure enforcement of the ordinance, including forcing landlords to pay a tenant's legal fees. ACCE unsuccessfully argued that the part of the measure that says a tenant who prevails in court "may" be awarded attorney's fees "is a crucial loophole which can be the
difference between gaining access to lawyers for these tenants of harassment."

Several people called into a Housing Committee meeting on April 14 and City Council meetings ahead of the vote to relate stories of being harassed by their landlords, including one woman who said her landlord attempted to drive tenants out by removing the entire roof.

Cedillo said during the Housing Committee's discussion of the ordinance, "for the landlord community, let me say that we are talking about outliers, we're talking about the small percent of despicable, predatory ... landlords. Not the community of landlords or housing providers and home providers ... these are outliers."