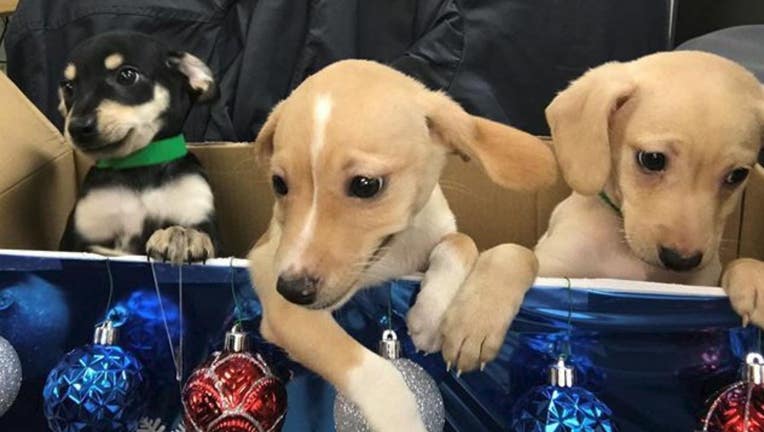 "Most victims who are swindled never get a puppy at all, others get different dogs with health or genetic problems, and the majority of victims are too embarrassed to come forward," Feuer said.

According to the City Attorney's Office, after a victim pays an initial fee for the puppy, the scammer baits them through a website that can sometimes include updates and live tracking of the delivery. However, once the victim is on the hook, the scammer will ask for delivery fees and additional money, making it appear as though the puppy is on its way.

"They want the victim to get emotionally invested in the puppy," Feuer said, adding that people have reportedly given illegitimate puppy sellers thousands of dollars.

Many scams start through advertisements on Facebook or Craigslist, Feuer said. Also, these scammers can be connected to known criminal organizations.

RELATED: What the Hal? How to avoid holiday scams

"These are not gentle people," Feuer said. "They're trying to get money from the public to fuel criminal operations."

About 4,500 complaints of puppy scams have been identified this year, 75 of which are in the city of Los Angeles, but Feuer said his office is still reviewing those complaints and that he wanted to inform people before they start shopping for puppies prior to the holiday season.

The scams are also common among cats, horses and birds, Feuer said.

According to the Better Business Bureau, 80% of sponsored advertising links that appear in internet searches for pets may be fraudulent. The BBB also reported that French Bulldogs and Yorkshire Terriers are the most common dog breeds used in scams.

"If you are ready to add more love to your life and are considering a new dog or cat, visit one of our six Los Angeles City Animal Care Centers," Los Angeles City Animal Services General Manager Brenda Barnette said. "The adoption fee for a dog is only $122 and includes vaccinations, a microchip, a city dog license and all pets are spayed or neutered."

Feuer's office said people should be suspicious of online advertisements that offer dog breeds that are well below market price, and they should be wary of sellers who won't let them see the puppy in person or a live video feed.

"Imagine how disappointed a child might be when they've gotten the expectation that their puppy is on the way only to have those hopes dashed when there's not a pet at all and their parents have been ripped off," Feuer said, adding that his consumer protection division will be working to assist victimsof pet scams.

Barnette said sometimes the puppies delivered by scammers are sick and don't live much longer.

Feuer said people can visit www.laanimalservices.com to search for legitimate pets and to visit the website www.petscams.com to view more than 8,000 websites that have been identified as scams.