LOS ANGELES - Kobe Bryant’s legacy far exceeded the basketball court. On the court, he was as intense and fierce as it gets, but he took those same traits that gave him greatness on the court to fight for a noble cause: The youth. Whether that be with his AAU team, the "After-School All-Stars" program and just inspiring kids with his work ethic and passion for the game of basketball. Kobe was always willing to lend a helping hand to help the youth.

This side wasn’t seen so much by the media due to his own greatness on the court, but as his basketball career ended, we got to see this global icon help inspire the youth to pursue the same passion he had for basketball to whatever they wanted to do. 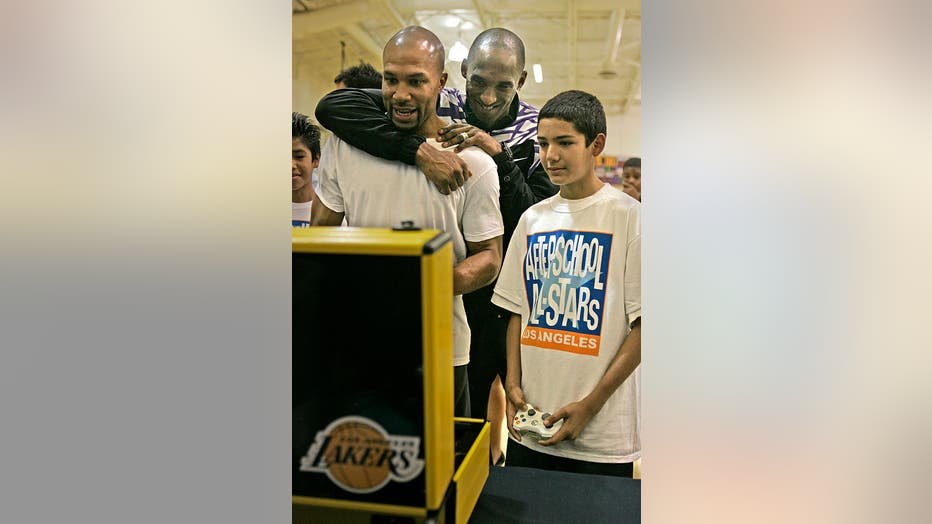 He teamed up with After-School All-Stars in 2007 and became a National Ambassador. Kobe was described as "hands-on" and when he was available, he helped out any chance he got. After-School  All-Stars offers tutoring, academic enrichment, athletic programs and is available to 468 elementary, middle and high schools across 60 U.S. cities, with over 90,000 students enrolled in the program.

Whether the Lakers were at home or away, Kobe made a commitment to visit schools in his spare time if his schedule allowed him to – even if he was fatigued or coming off a game the night before. With this program having schools across the United States, he gave lasting memories for children and teens for well over a decade by spending time with them, sharing stories, wisdom, resources and much more.

There are stories of Kobe visiting a school with the program and the kids erupting with cheers and claps, filling the gyms to the thousands within minutes of his arrival.
Once when he visited a school in Harlem, he was originally going to speak with a few hundred kids, but shortly after security couldn’t contain the students waiting outside the gym, it became thousands. Ben Paul, president and CEO of After-School All-Stars suggested that Kobe wrap up the session early due to the crowd, but he didn’t. He kept the crowd in control by setting up an imaginary scenario that got kept the crowd engaged.

With the program, he touched thousands of kids’ lives and there are countless stories to his dedication to the program. Like in 2008, when he visited a school in their South Florida chapter and took time to interact and connect individually with their 120 students for hours upon hours when he didn’t have to. Other stories include him giving scholarships to kids so they could attend his camps, handing out tickets to Laker games, donating resources and much more.

This program was a small sample size of his dedication to youth sports and helping expand their horizons to achieve their dreams.

During an interview, Kobe gave his reasons on why he decided to partner with the program.

"As you get older, you see how many people you can affect and how many lives you can touch and the difference you can make, and it really puts things into perspective. I used to hear it all the time when I was a kid – that you have to stay focused; education is the key – but as a kid, it never really sinks in unless you’re put in an environment where all that comes to fruition. So it has to not only be said but it has to be lived, and in this program and this environment it’s lived on a daily basis. That’s why I think this program is so special," he said.