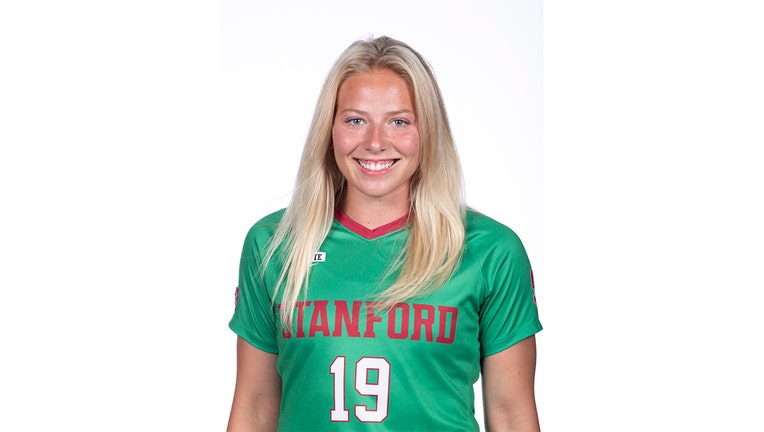 According to the university, Meyer died in an on-campus residence. The coroner's office later determined that her cause of death was suicide.

Meyer was a native of the city of Burbank and attended Century Academy in Thousand Oaks in 2018 after playing soccer for Newbury Park High school for three years, the Stanford Daily reported.

She was a senior majoring in International Relations and minoring in History and was a Resident Assistant for the university.

Stanford Women's Soccer captain and goalkeeper Katie Meyer, a Southern California native, has died, the university announced Wednesday. She was only 22-years-old.

"Katie was extraordinarily committed to everything and everyone in her world. Her friends describe her as a larger-than-life team player in all her pursuits, from choosing an academic discipline she said ‘changed my perspective on the world and the very important challenges that we need to work together to overcome’ to the passion she brought to the Cardinal women’s soccer program and to women’s sports in general," wrote Vice Provost for Student Affairs Susie Brubaker-Cole and Athletic Director Bernard Muir. "Fiercely competitive, Katie made two critical saves in a penalty shootout against North Carolina to help Stanford win its third NCAA women’s soccer championship in 2019. Katie was a bright shining light for so many on the field and in our community."

"Katie was a bright shining light for so many on the field and in our community," Brubaker-Cole and Muir added in their joint statement. "There are no words to express the emptiness that we feel at this moment."

The school included a link to resources for students struggling with Meyer's death on their website and encouraged people to check in on those around them.