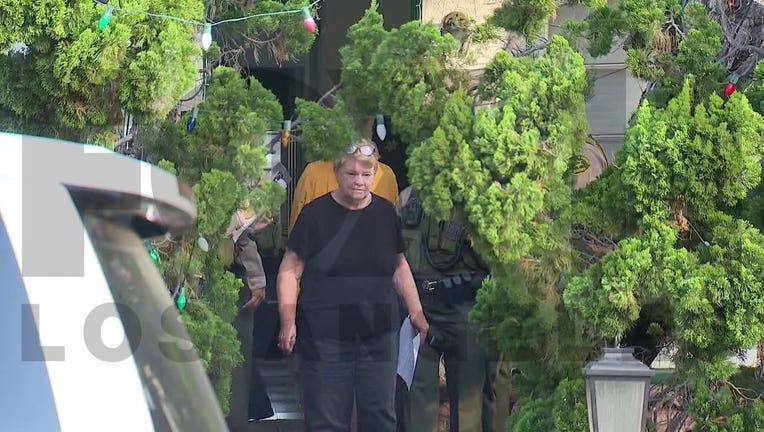 LOS ANGELES - A Los Angeles judge said Thursday the sheriff's department properly obtained warrants to search the home of county Supervisor Sheila Kuehl and other locations targeted in a political corruption probe, but he ordered the agency to turn over any items seized in the searches to the state Attorney General's Office, which has taken over the investigation.

Attorneys for the sheriff's department assured Superior Court Judge William Ryan the materials would be surrendered to state investigators within two weeks.

During a hearing in downtown Los Angeles, Ryan rebuffed requests by attorneys for Kuehl, the Metropolitan Transportation Authority and the nonprofit group Peace Over Violence to have the seized equipment returned. Attorneys argued that not having the equipment -- including computers and hard drives -- was hampering their clients' ability to do their jobs.

While Ryan would not order the items to be returned, he maintained a previous order barring the sheriff's department from conducting any searches of the equipment before it is turned over to the Attorney General's Office. Ryan also indicated that a special master will likely need to be appointed by the court to review the seized items to identify any "privileged" material.

Attorney General Rob Bonta's office has taken over the investigation from the Los Angeles County Sheriff's Department saying it would "be in the public interest."

The state Attorney General's Office announced Tuesday it was taking over the investigation, which was being carried out by the sheriff's department's Public Corruption Unit. Some critics have assailed the unit as targeting political opponents of Sheriff Alex Villanueva, who has denied the allegation.

The probe involving Kuehl -- a vocal critic of Villanueva -- focuses on allegations that she helped steer a series of no-bid Metro contracts to the nonprofit Peace Over Violence, which is run by Patti Giggans, a longtime close friend of Kuehl.

Kuehl has denied any involvement in the awarding of contracts to operate a sex-harassment hotline for transit riders and employees, saying she was unaware of them and did not vote on them as a member of the Metro Board of Directors. The contracts totaled more than $800,000.

Sheriff's investigators last week served the search warrants at the homes of Kuehl and Giggans. They also searched their offices, along with offices at Metro and the Metro Office of Inspector General.

Villaraigosa has insisted that he recused himself from the investigation, but he has been outspoken in defending it. He went on local television hours after the raids to defend the origins of the investigation, which he said arose from a legitimate allegation of criminal wrongdoing.

He also wrote a letter to the state Attorney General's Office asking it to investigate comments by Kuehl indicating that county Inspector General Max Huntsman and the county counsel's office tampered with the probe by tipping off Kuehl of the impending search of her home. That letter prompted Attorney General Rob Bonta to announce Tuesday that his office would investigate the claim -- and take over the entire sheriff's probe into Kuehl, Metro and Peace Over Violence.

Villaraigosa said Wednesday his office had asked the Attorney General's Office back in February to participate in the investigation. The sheriff on Wednesday also sent a letter to the Board of Supervisors, demanding that Huntsman -- with whom he has repeatedly clashed over Huntsman's requests for department records -- be removed from his inspector general position since he is now the target of at least two AG's Office investigations.