Learn about the history of Japanese Americans in Manhattan Beach

MANHATTAN BEACH, Calif. - There’s an underlying history in Los Angeles many of us don’t know about, but if you stop to discover and learn, much of our past will reveal some surprising truths. Such is the case when it comes to land Japanese Americans owned in the Southland before being forced into internment camps during World War II. FOX 11’s Sandra Endo brings us one story of a family still discovering their roots.

Deep beneath the prestige and easy allure of Mira Costa High School in Manhattan Beach is a storied past. 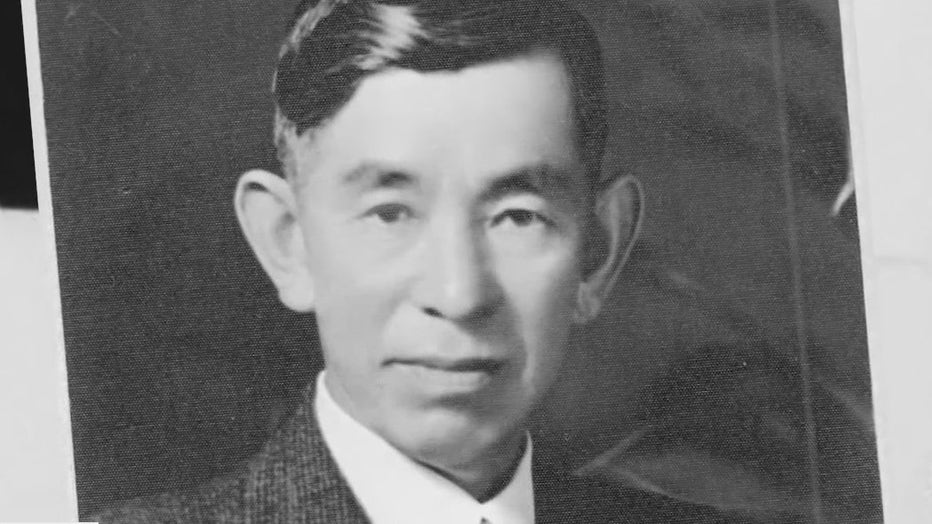 Francis Uyematsa was a successful Japanese immigrant who owned more than 100 acres of land for his nursery business until he was forced into an internment camp in California during WWII. That’s when 120,000 Japanese Americans were rounded up and incarcerated behind barbed wire forced to leave their possessions and professions behind.

The story about her grandfather is something she continues to piece together.

Local historian and retired Mira Costa teacher, Chuck Currier, is helping Mary and Uyematsu’s great-granddaughters fill in the holes of their family history.

"Francis succeeded against all odds," Currier said. "California was the epicenter of Anti-Asian sentiment… we ran the Chinese out then used the same playbook on the Japanese."

"It’s so much to take in with all the hardship. We never knew what he went through," Uyematsu's great-granddaughter Mia Suh Boylan said.

The map below shows the 120 acres of land Uyematsu owned in Manhattan Beach, but during the internment, he had to sell piece by piece in order to keep his nursery business afloat. A 40-acre plot is now the home to Mira Costa High School, which is something Kao recently learned.

Growing up as a Japanese American after the war, she remembers rocks being thrown at her while walking to school. At the time, her family didn’t talk about their painful past.

"Coming out of camp, we don’t want to be seen, or noticed as the enemy. We were not taught Japanese, so we couldn’t communicate with our grandparents, so a lot of family history gets lost that way," Kao recalled.

Now, her family’s story will no longer be lost. An effort to remember the history of the land will be symbolized on the Mira Costa High School campus with a plaque and Uyematsu’s famous camellia flowers, as a marker of what once was. 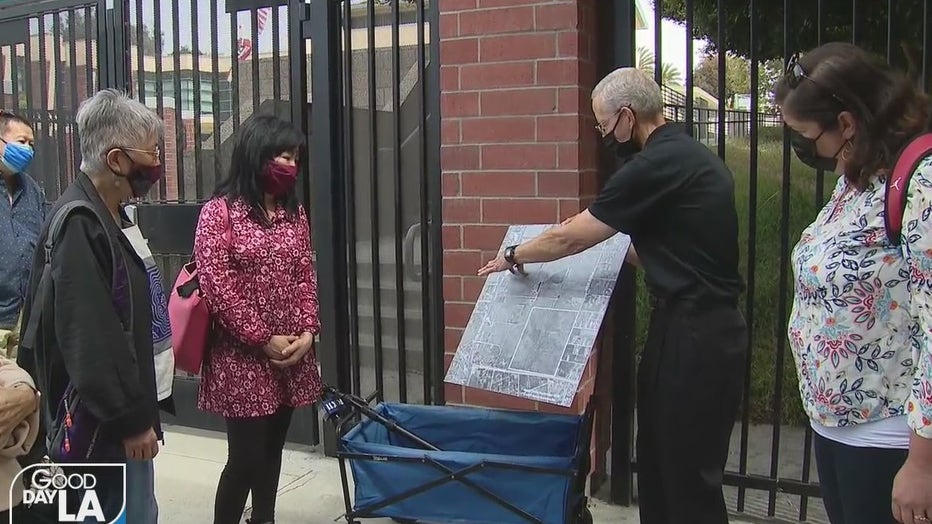 "To hear about his life, the sadness and grief, it’s bittersweet did something that proved he worked so hard against all odds, tribute to the man he is," said Michele Suh Hicks, Uyematsu's great-granddaughter.

Filmmaker Lindsey Fox helped to bring the Uyematsu story to life – she says it’s important for the next generation to never forget the past.

"It’s the most important thing they can learn, we don’t live in a perfect world, we can do better," Fox said.

"American racism is so deeply embedded in our history, explains why we are here today, it’s so divided teach us injustice," Mary Kao added. "He would be looking down and smiling.  I think he did look for that recognition in his life but it wasn’t there. "

Now that recognition of what Japanese Americans like Francis Uyematsu endured will last generations.