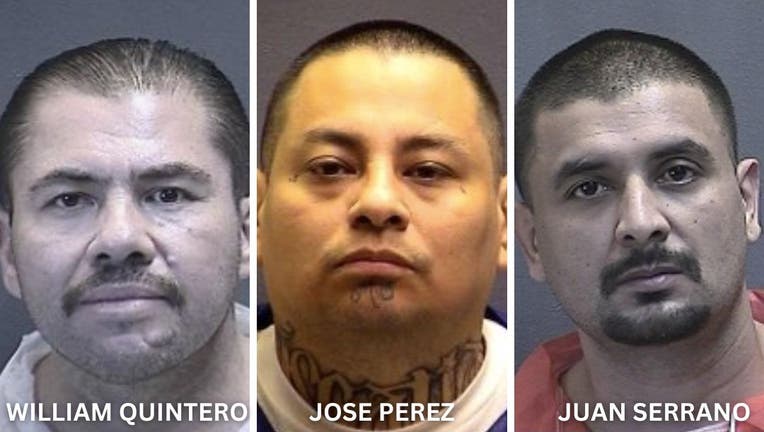 IMPERIAL, Calif. - Authorities are investigating a homicide at Centinela State Prison after two inmates allegedly killed a fellow inmate in a recreation yard, according to the California Department of Corrections and Rehabilitation.

Quintero suffered multiple injuries and was airlifted to a local hospital where he died. His official cause of death has not yet been released by the Riverside County Coroner.

No staff members were injured.

Officials said Perez and Serrano have been moved to segregated housing as the investigation continues on what led up to the attack. Additionally, only a limited number of people are being allowed in the recreation yard for the time being.

Quintero was admitted in 1999 from Los Angeles County to serve a life sentence for charges including murder, kidnapping, and robbery.

Perez and Serrano are both serving life sentences for first-degree murder among other charges.