A man who was stabbed at a Metro station platform describes surviving the traumatic attack.

LOS ANGELES - A man who was robbed and stabbed on a LA Metro bus is speaking out for the first time.

Nearly two months ago, Allan Heinz was on his way to work near LAX when he was robbed and repeatedly stabbed while on a LA Metro bus.

Security cameras caught the entire incident. Heinz was sitting on the Green Line when all of a sudden another man lunged at him and swiped his phone. Heinz chased him onto the Avalon platform where the suspect then stabbed him four times in the leg.

At one point, someone mistook Heinz for the attacker and pulled him away.

"I was like ‘hey you got the wrong guy’ with blood all over me. But this homeless lady, out of nowhere, risked her life for me and she was sitting at the platform watching it. She put her hand pressure on my legs as she prayed for me," Heinz told FOX 11.

He says it took more than 30 minutes for help to arrive. 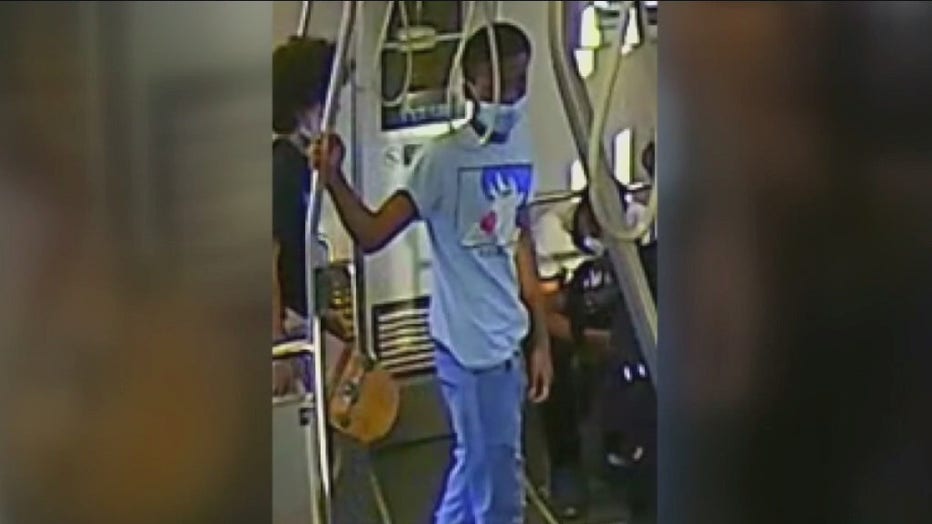 "There was nowhere to call for help, or even press operator or assistance like New York. It’s like if you don’t have no phone or no on is there... just die."

Heinz moved to LA from the East Coast in September and had to relearn how to walk after his hospital stay and surgery. The attack also took a heavy toll on his mental health.

"I'm a very positive person. I have a lot of people call me for support, and for the first time in my life, I realized I needed the support," he exclaimed.

LA Metro says it fully supports law enforcement in catching the suspect. They released the following statement, "We have a zero tolerance policy for violent crimes on the Metro System and actively work with our law enforcement partners to bring perpetrators to justice."

Police say the suspect still hasn't been caught. Heinz says it's unacceptable that he's still out there potentially targeting other victims without consequence.