A Tennessee mother is warning the public about the importance of wearing masks after her 25-year-old son died of COVID-19 within a week of being admitted to the hospital.

KNOXVILLE, Tenn. - A Tennessee mother is warning the public about the importance of wearing masks after her 25-year-old son died of COVID-19 within a week of being admitted to the hospital.

Christopher Willett was a healthy young man who absolutely loved working at the deli in his local grocery store. He was an avid gamer and loved animals, according to his mother, Diana Willett.

"He’d rather be in his room on his computer than doing anything else," Diana said with a smile. "The T-shirt I ordered him for Christmas said, ‘I don’t always play computer games, I sleep and eat every now and then. Once I even came out of my bedroom.'"

And even though Christopher had both Asperger’s syndrome and ADHD, he was fully able to hold down a job and lived a perfectly normal life.

"He worked at a grocery store here in Knoxville called Ingles. He worked in the deli," Diana said.

Working hard to land a full-time position with the grocery store, Diana said Christopher was loving his job and doing well in life.

"He was doing really, really well," Diana said. "He loved his job at Ingles." 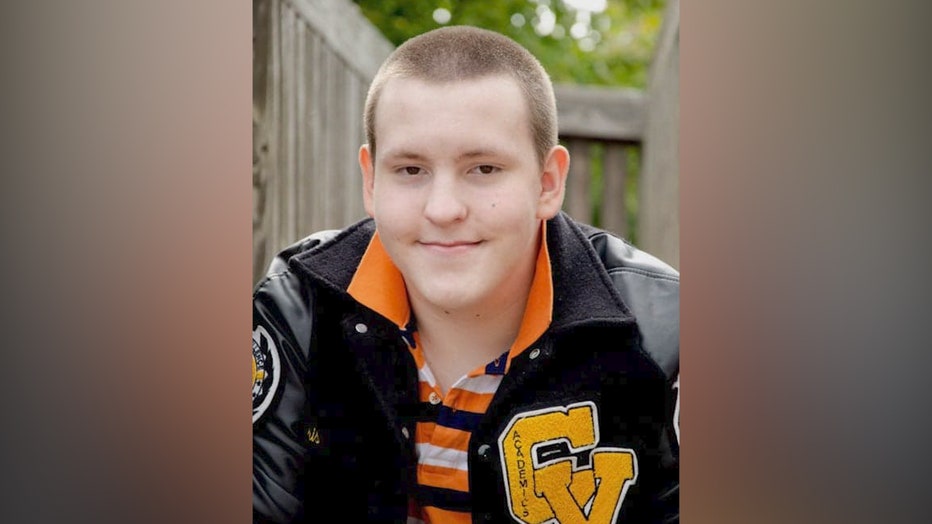 But then the pandemic hit, and while Christopher felt blessed to have a steady job, he did not love how some people in his community were not taking the coronavirus seriously.

"He used to come home at night from his job and say to me, ‘I don’t understand mom, why don’t people wear their masks,’" Diana recalled. "‘Do they not care about people?’"

According to Christopher, Diana said, many customers who frequented the grocery store did not wear their masks properly.

While Diana could not tell others how to live their lives and how to handle the worsening pandemic, she told her son that all they could do was to "do the best to protect yourself."

And that’s exactly what Christopher did.

"I mean, when he’d get home he’d still have his mask on," Diana said with a chuckle. "I’d say, ‘Christopher you’re home, you don’t have to wear your mask now, sweetie.’"

Christopher would only go to one of three places: His work, his home and his cousin’s house, according to Diana."He always worried about bringing it home to us," Diana said. "Because he worked with the public. So he was very careful and always followed all of the CDC guidelines because he worried."

But despite his best efforts, Christopher started showing COVID-19 symptoms on Dec. 4, according to his mother.

"He started coughing and he said to me, ‘Mom, I get sick this time of year every year,’" Diana said, but she was adamant about him getting tested. So he did.

And just three days later, on Dec. 7, Christopher got the news that both he and his mother were dreading — he tested positive for COVID-19.

To add to their bad news, Diana started coughing the same day her son got his positive results."So I went and got tested and it came back positive," Diana said.

Then the full effects of the virus started to settle in, more so for Diana than her son.

According to Diana, her son was at first still able to walk and do his daily tasks, like taking the dog out for a walk.

"We both were here, we were trying to stay away from each other and do the best we can," Diana continued. "And we were just both real weak. He actually kind of had a milder case, it seemed, than I did. It kind of hit me harder. I was weaker than he was but I’m 60 years old, he’s 25." 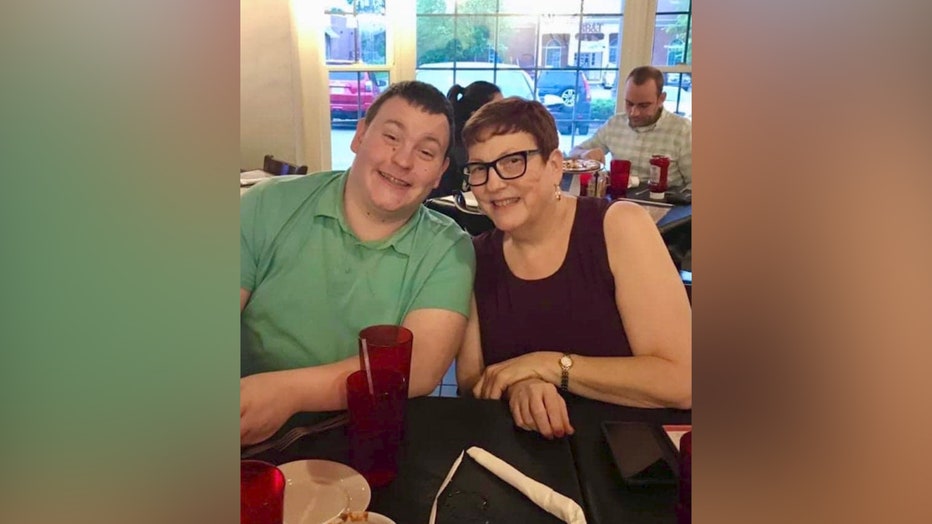 The weekend before Christopher was set to get out of quarantine and back to work, he developed a severe cough. And despite doctors’ best efforts for at-home treatments, Christopher was only getting worse.

But after multiple attempted treatments failed and Christopher’s condition continued to deteriorate, Diana said she called the doctor back. "I called her Monday morning and I said, ‘Doctor it’s not any better, he looks bad.’"

Diana also mentioned that on the Friday before taking her son to the emergency room, the family doctor had sent Christopher to go get a chest x-ray to check for any signs of pneumonia, and when the images came back, doctors did not detect anything unusual, despite his constant coughing.

So on the following Monday, Dec. 14, the family doctor told Diana to take her son to the ER.

"I’ll never forget, when he got out of the car, he turned around, looked at me and said, ‘I don’t want to die, mom,’" Diana said as she held back tears. "And I said, ‘Baby I don’t want you to die either, but let’s look at this like they’re going to fix your cough, and then you’re going to come home.’"

And as much as it pained Diana, she had to leave her son at the ER alone due to health protocols.

"You can’t go in with them," Diana said, through tears. "And he said, ‘I love you,’ and I said, ‘I love you too,’ and I watched my son walk into the emergency room on the 14th, and when I got home, he called me and said, ‘They’re going to admit me mom, they said I have COVID pneumonia.’ I said, ‘Okay, then you’re in the best place you could be because they’ll take care of you.’"

Diana said the two talked on FaceTime while he stayed in the hospital. On Wednesday, Dec. 16, she attempted to call her son but he did not answer.

"What in the world is going on?," Diana said she thought. "So I called the nurse’s station and they said, ‘We’ll have to have his nurse call you back.’ I thought, OK."

After 30 agonizing minutes, Diana got a call back from Christopher’s nurse who informed her that her son had to be moved into the ICU.

"I was like, ‘Ugh,’ and that was on Wednesday morning. And they said that he was having trouble keeping his oxygen levels up, they had to put him on a thing called a BiPAP, where the oxygen mask goes on and he can’t take it off." 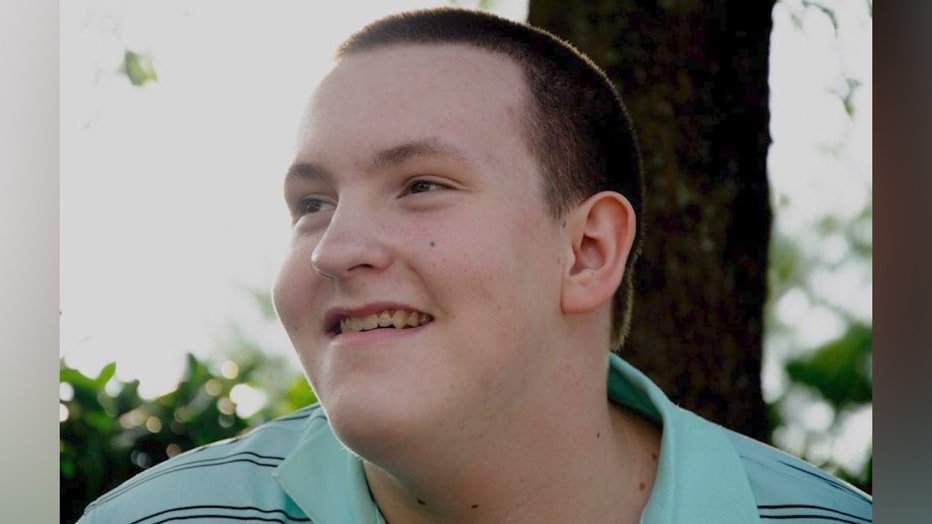 To Diana’s relief, Christopher was still able to call her on FaceTime. "I could still talk to him, but I could see the fear in his eyes," Diana said.

On Friday night, Dec. 18, during one of their routine phone calls, Christopher asked his mom if she could call the nurse’s station because he was having trouble changing the channel on the TV in his room.

"I said, ‘OK buddy.’ So I did and they said we’ll go in there and do it. They told me he had a fever and that they are getting him some medicine. And an hour later, they called me and told me he was on a vent," Diana continued. "An hour after that, he was gone."

Diana was told Christopher had gone into cardiac arrest and the medical staff were unable to bring him back.

"So I dropped him off at the emergency room on Monday, and on Saturday morning, at 12:30, he was gone," Diana said.

And on Dec. 23, the same day Diana was to bury her only son, her own oxygen levels dropped significantly and she was taken to the hospital.

Doctors told her that despite having gotten over her own COVID-19 infection, a blood clot had developed in her lung as a residual effect of the virus.

And after spending Christmas Day in the hospital, Diana was sent home with an oxygen tank, where she continues to recover.

Despite losing her son so quickly and so close to Christmas, Diana said she’s staying strong.

Christopher’s passing illustrates the tragic fact that even the youngest and healthiest of people can fall victim to the deadly virus that has now killed over 352,000 people in the United States, according to Johns Hopkins.

Diana believes her son’s untimely death is a glaring statement for those who have opted to not wear a mask or abide by social distancing guidelines, and have chosen not to take the pandemic seriously.

"I just don’t understand people who don’t think it’s real," Diana said. "Who think it’s a joke. How hard is it to put something over your mouth and nose when you go in public?"

"It’s just so easy to put something over your mouth and nose when you go out in public, and it doesn’t hurt you or anybody else, matter of fact it helps," Diana stressed. "And as my son used to say, why don’t they care? About yourself, about your neighbor, about your family. I don’t understand and he never understood." 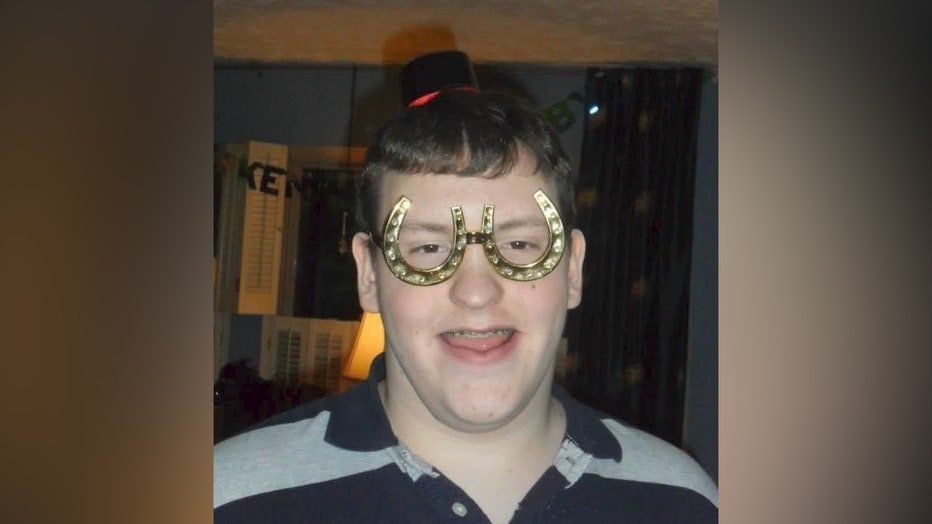 Diana said her son was a family loving and funny young man.

"He was the kind of guy that would come up and give you a hug for no reason," Diana said. "I’d be in there cleaning the kitchen and all a sudden he’d have his arm around me and his head on my shoulder, ‘Love you mom.’ I’d say, ‘I love you too, buddy,’ I think that’s one of the things I’m going to miss the most, just that, walking into the room, for no reason, ‘Hey mom, how you doing?’"

"He had a big heart and it was a good heart," Diana said.