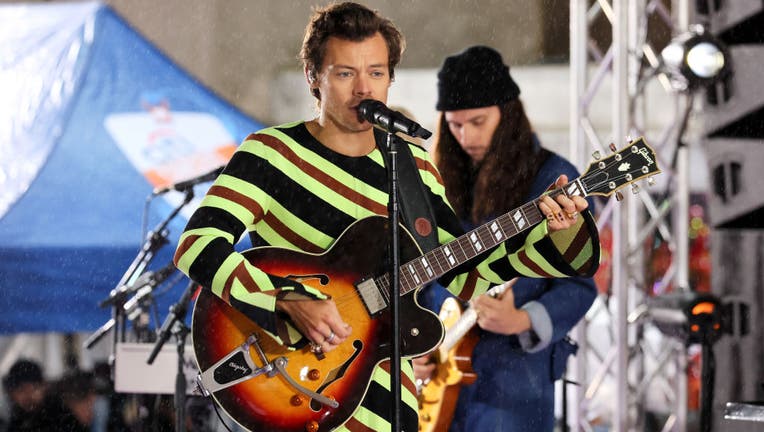 Harry Styles performs on NBC's "Today" at Rockefeller Plaza on May 19, 2022 in New York City. (Photo by Dia Dipasupil/Getty Images)

That's the plea coming from the candymaker itself after Harry Styles was apparently hit in the eye with Skittles during his recent show at the Kia Forum.

Videos shared to social media show the former One Direction singer finishing up a performance of his single "As It Was" when the flying circular candies can be seen heading straight toward him, with one landing in his eye.

Styles seemed to be okay, though, seen bending down and holding his eye, bouncing back and moving on to his final song, "Kiwi."

Following his show, Styles was seen driving out of the venue while rubbing his eye, according to fan videos.