PASADENA, Calif. - A group of thieves is accused of stealing thousands of dollars worth of high-end wigs from a beauty supply shop in Pasadena.

Evette Ingram, the owner of Evette's Beauty Supply store, said they aren't your average wigs — they're long, human hair wigs worth a combined total of $6,300. The stolen wigs included one blonde wig, two brunette wigs and one multi-colored wig.

"They kept the employee distracted. It's a very tiny store, so it's easy to distract the employee and they had her pull down some of my most expensive wigs," Ingram told FOX 11's Mario Ramirez. "There were three $1,500 wigs and one $1,800 wig that they ran off with."

The owner described the suspects as three transgender women. One suspect showed their face as the security cameras were recording. The other two suspects remained with their faces covered. 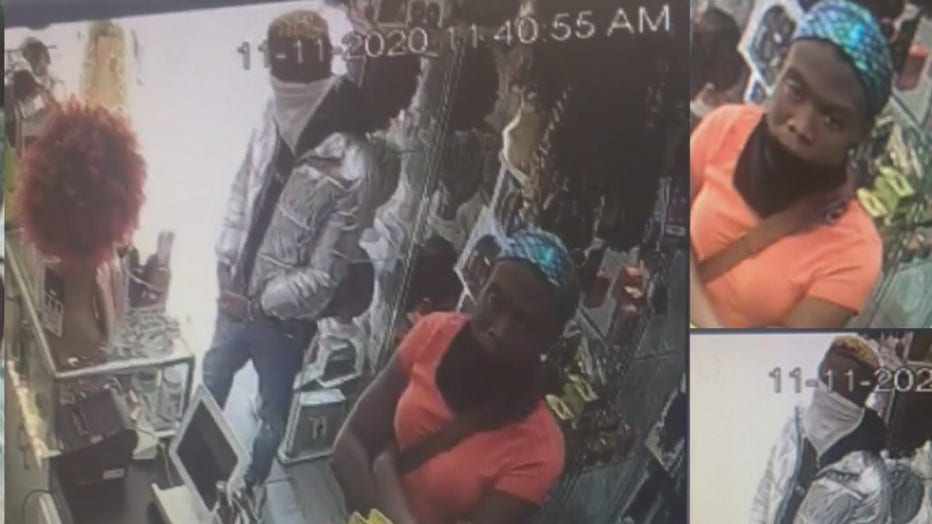 "I would like to say to the suspects, please don't do this again — to anyone else," Ingram pleaded to the thieves. "We are in hard times right now... small businesses, we're struggling. I am especially struggling to keep my business afloat and to keep my doors open."

Anyone with information on the theft or suspects involved was asked to contact the Pasadena Police department at 626-744-4501.

The store owner said that since the pandemic, she has seen a rise in criminal activity in the area, adding that police have responded to the area several times to review surveillance video for criminal activity on the street.