LOS ANGELES - A groundbreaking ceremony was held Wednesday for a museum that will permanently exhibit the retired NASA space shuttle Endeavour in Los Angeles.

Endeavour will be displayed vertically as if ready for launch, complete with a massive external tank and solid rocket boosters on each side.

The event coincided with the 11th anniversary of Endeavour’s final return from space.

The shuttle will be housed in the Samuel Oschin Air and Space Center, a 200,000-square-foot (18,580-square-meter) addition that will rise 20 stories high and contain 150 educational exhibits in multi-level galleries. 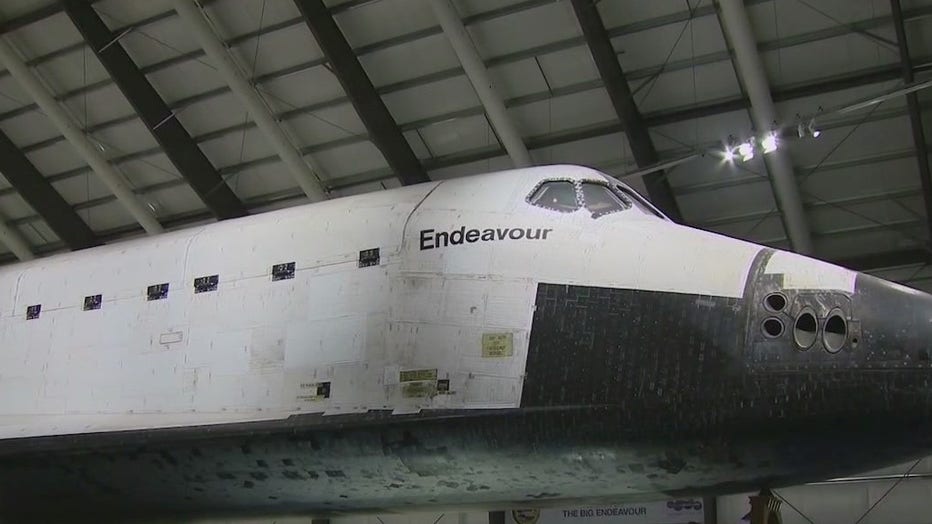 About halfway through construction, Endeavour will be positioned in the new museum and the building will be completed around the full shuttle "stack."

Endeavour was built as a replacement for the destroyed shuttle Challenger and flew 25 missions between 1992 and 2011.

When NASA’s shuttles were retired, Endeavour was flown to California atop NASA’s special Boeing 747 shuttle carrier in 2012, drawing crowds as it flew over the state.

After landing at Los Angeles International Airport, the shuttle was placed on a special trailer that was carefully towed through tight streets to the California Science Center over several days.