It’s the first of its kind in Los Angeles County. A new museum dedicated to the culture and history of Armenia is coming to Glendale.

GLENDALE, Calif. - It’s the first of its kind in Los Angeles County. A new museum dedicated to the culture and history of Armenia is coming to Glendale.

The museum is a world-class cultural and educational center with permanent exhibits on Armenian heritage, culture and history as well as the Armenian-American experience, according to Executive Director Shant Sahakian.

"It’s exciting for us to have a space that will be able to honor our history as Armenian-Americans but also build our future," Sahakian said. "It will be a place where you’ll learn both of Armenian history and culture and also learn about each other."

Armenian-American Museum to open in Glendale

A museum dedicated to the culture and history of Armenia is coming to Glendale. Executive Director Shant Sahakian talks about what visitors can expect to see once the museum opens.

The museum and cultural center will feature a learning center with classes and courses available to the public, an auditorium to host panel discussions, seminars and musical and dance performances and even a demonstration kitchen.

"The idea is to teach culture through food and for visitors to be able to learn about Armenian food and cooking traditions and also for us to have opportunities for creating fusion dishes for building those cross cultural connections." 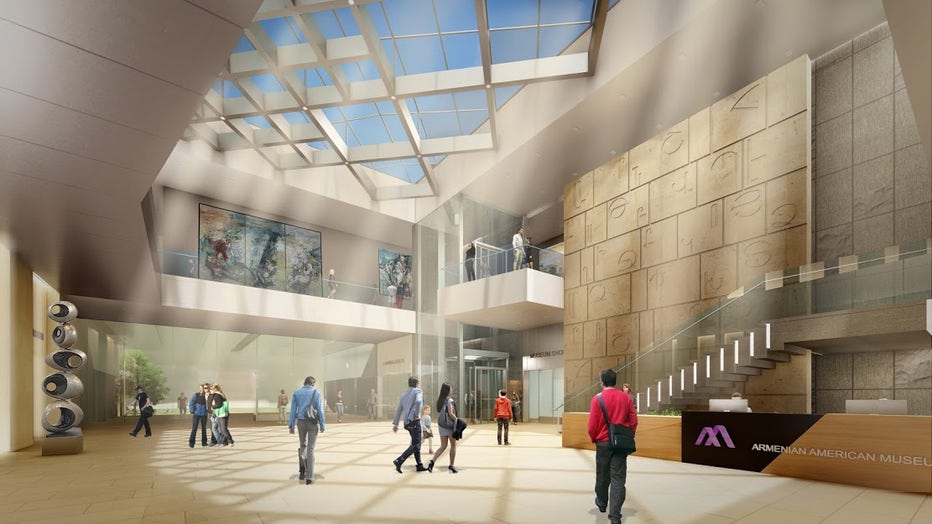 Plans to create the museum were discussed years ago; construction begins July 2021. The museum is targeted to open in the summer of 2024.

"The museum was born as a vison when the community came together in 2014 to plan for the Armenian genocide centennial in 2015. There was a historic march held in Los Angeles to honor the 1.5 million who perished in the Armenian Genocide and the museum was the landmark project that was really looking at the next 100 years, the next centennial, and was a project that would help define and build that next generation," Sahakian explained.

You can watch the historic groundbreaking live on Facebook.